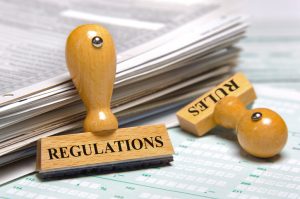 Trump administration officials continue to review the International Entrepreneur Rule as the deadline approaches for it to take effect.

On Tuesday, the San Francisco Chronicle reported that the White House plans to delay and then rescind the rule altogether, citing an anonymous administration official who referred to an unpublished draft of a Federal Register notice.

The rule, which is supported by venture capitalists and entrepreneurs in Silicon Valley, was approved by the Department of Homeland Security in the final days before President Obama left the White House in January and would grant temporary stays in the United States to startup entrepreneurs who can prove that their company would provide a public benefit through business growth and job creation. As VCJ previously reported, advocates of the rule say it would help to attract top international entrepreneurs to the U.S., which lacks a startup visa program.

The Office of Information and Regulatory Affairs, part of the Office of Management and Budget, concluded its review of the rule on Friday and sent it back to the Department of Homeland Security “consistent without change,” a spokesperson confirmed to VCJ.

DHS declined to comment on reports that a delay was imminent.

“We cannot speculate on the outcome of the DHS review of the rule,” a spokesperson told VCJ. “When the review is final, we will make the decision public.”