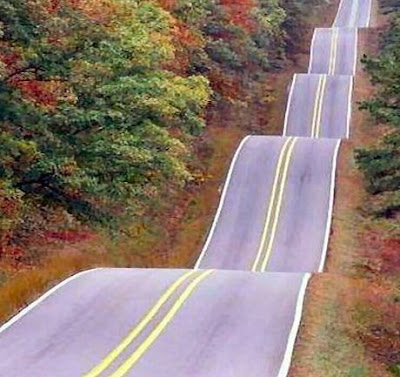 Yesterday, it came to light that a San Francisco-based freelance writer used the peer-to-peer vacation rental Website Airbnb to disastrous effect last month.  Among other damage to her apartment were smashed doors, stolen family heirlooms, and guest sheets turned to ash in the fireplace.

The injury to Airbnb’s reputation may prove extensive, given the image it has worked hard to cultivate as a safe, community-driven site. But I suspect a much bigger test for Airbnb will be surmounting the challenges associated with companies whose growth relies heavily on sales and marketing. While Airbnb has nearly everyone convinced that its early role in the “sharing economy” will allow it to capture its market and reduce the cost of customer acquisition, the ride could be bumpy up ahead.

Why do I think so? The quick growth trajectory of startups like Airbnb can be deceptive. While it’s easier and less expensive to build products and acquire customers than ever before, a handful of Internet darlings including Airbnb, Groupon, and LivingSocial, have yet to enjoy economies of scale, and it’s not plain that they will. They don’t have market power or barriers to entry. More, they’re hiring like mad to stay a step ahead. As my former colleague Dan Primack recently observed, Groupon, LinkedIn and Zynga hired a combined 11,143 new employees between March 2009 and March 2011, according to regulatory filings. Meanwhile, Airbnb CEO Brian Chesky told me several weeks ago that Airbnb, which had roughly 130 employees at the time, expects to employ 1,000  in the not-too-distant future.

That’s great for the economy — but not so great when considering that the beauty of tech has historically centered on being able to build a business that costs less all the time. “It’s perverse how many of these marquee names don’t enjoy costless growth,” says economist Paul Kedrosky. “It doesn’t mean they’re bad companies. But the argument for giving them a high multiple and high valuation becomes dubious. The logic doesn’t fly.”

Kedrosky calls the dilemma “the curse of the lean company. You can create things for half a million dollars,” he says. “But so can everybody else who reads about your success. That pushes funding to the other end of cycle – marketing and sales.”

Yet sales and marketing in the consumer Internet space has seemingly lost a lot of its punch. Today, for example, consumers are much more digitally savvy than they used to be, and they have many more options. “Like cellular portability, data portability [or users transferring data to different applications or social networks] means that everything becomes less sticky,” says Kedrosky. “My view is that non-technically driven dominance will turn out to be much less persistent.”

For venture partner Charles Hudson of SoftTechVC, another key is competition. While Craigslist and OpenTable have established themselves as “durable marketplaces,” they had the luxury of growing much more organically than today’s consumer Internet startups. “It’s just so much easier to figure out how people are doing now,” Hudson points out. “The day you succeed in the U.S., you have ten competitors in Europe and Latin America,” not to mention the U.S.

No doubt Airbnb and its ilk have hired a number of smart people to help navigate these shoals. And cultivating user loyalty isn’t impossible, even if that loyalty is easier to lose. “Eventually, you can achieve lock-in, owing to brand and utility,” says Steve Blank, a renowned entrepreneur who teaches at Stanford. But the “switching cost” for many of these services is “simple familiarity,” and users can be “flighty,” he adds.

But all these heads are also a real problem. And unless Airbnb, Groupon, LivingSocial and others are able to slow their sales and marketing spend and establish some real barriers to entry, it’s hard to see how they grow their profits near enough to justify their valuations.