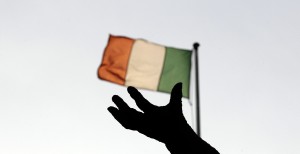 When Enterprise Ireland, a government business development agency, was formed in 1998, the Irish VC scene was, to put it mildly, barren.

But with the Dublin-based agency serving as an accelerator for early-stage companies, Ireland has become a fertile terrain of VC activity.

“Our job is to encourage the establishment of sustainable growth, export-focused companies,” said Eamonn May, manager of Enterprise Ireland’s growth capital and banking relationships. “We operate nationally—not just in pockets. We work with companies from startups to right before they become IPOs—if they’re going down that road.”

Whether it’s serving as an LP for local VC funds or providing financing to early-stage firms or startups, Enterprise Ireland has become a “cornerstone investor” in many Irish VC deals.

“In order to have an active tech center, you need to have a few VCs,” May said.

Mark Horgan, a partner at the Dublin-based, 10-year-old venture firm Atlantic Bridge Ventures, agreed. He echoed the opinion that what gives the Irish venture scene its edge is not only the hefty government support it receives from agencies like Enterprise Ireland, but also the in-depth knowledge that VCs bring to their respective investments. Dilettantes they are not.

“They tend to get involved in areas they know best,” said Horgan, who is also the current chairman of the Irish Venture Capital Association (IVCA), a membership organization comprised of Irish venture firms.

“Again, that’s good for the tech sector and us VCs because that means the companies coming through are high quality. Some of them had been operating in stealth mode for a year or two. They’ve built platforms and are ready to go to market.”

Yet there are some indications that local VC activity might be slowing down. According to data from the IVCA, total seed funds raised in the country for 2013 was about 52 million euros ($71.5 million), a slight decrease from the roughly 54 million euros raised for seed/early-stage funds the previous year.

However, other statistics suggest otherwise. For example, IVCA reported that Irish companies raised about 285 million euros from VCs in 2013, a 6% increase from the 269 million euros raised in 2012. Most of the funding was raised by companies in the software, medical devices, pharma and biotech sectors.

By and large, startups and very early-stage companies drive the local VC funding. Enterprise Ireland supported about 150 startups in 2013, according to May. Funding was initiated via two programs—Competitive Starts and IHPSU (which stands for Innovative High Potential Startups).

For IHPSU, companies need to “look like they can grow revenue up to over a million euros within a three-year timeframe,” May said.

Enterprise Ireland will typically provide about 250,000 euros to IHPSU companies in the form of “cumulative convertible redeemable preference shares.” May said this will allow Enterprise Ireland to “convert to ordinary equity at some point in the future at a valuation set by a third-party investor.”

Recent Irish early-stage companies and startups that Enterprise Ireland has backed in VC funding rounds were Trustev, a cyber security firm in Cork that closed a total of $3.5 million in seed funding late last year from such investors as Greycroft Partners, Mangrove Capital Partners and ACT Venture Capital; and Metabolomic Diagnostics, a fledgling biosciences firm that snagged 750,000 euros in a round that also included SOSventures.

And according to Irish tech news outlet Silicon Republic, Enterprise Ireland recently agreed to invest 600,000 euros in 12 female-led businesses as part of its competitive start fund for female entrepreneurs.

Like other countries, tech is the predominant sector. And, unsurprisingly, it is Atlantic Bridge’s primary area of concentration.

“We focus on defensible technology,” said Horgan. “[Our VC investments] need to have a scalable model and a good exit strategy.”

An illustration of the firm’s funding strategy is their participation in last summer’s $16 million Series D round for chip designer Movidius. Atlantic Bridge co-led the round alongside DFJ Espirit and Robert Bosch Venture Capital and with participation from return backers Capital E and AIB Seed Capital Fund. (Movidius also has a facility in Dublin, although it now calls its San Mateo, Calif.-based office its headquarters)

Currently, Atlantic Bridge is seeking to raise a targeted 150 million euros for its tech-focused third fund. The pool is expected to do an initial close in the second quarter of 2014. Expected LPs include previous backers Enterprise Ireland, European Investment Fund, National Pension Reserve Fund and several unnamed family offices.

For the previous fund, which closed in 2010, the firm raised 75 million euros. (And, in addition to these pools, Atlantic Bridge recently teamed up with WestSummit Capital to launch Summit Bridge Capital, a $100 million fund focused on investments in Europe and China).

Despite the small drop in local VC fundraising, May is upbeat about his country’s VC health.

“There is a vibrant VC sector here,” he said. “It’s an essential part of the ecosystem around startups.