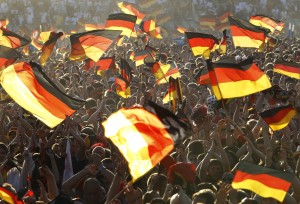 Back in June, German incubator Rocket Internet announced what it said was the largest ever investment in a Russian ecommerce venture—$130 million for Lamoda, an online fashion retailer.

The announcement came on the back of a $100 million funding in another Rocket Internet online fashion retailer, this time in Southeast Asia. Regular Rocket Internet investors Summit Partners and Tengelmann were among the other investors of both deals.

The investments suggest the German incubator model, which is sometimes criticized for lacking the innovation that characterizes Silicon Valley, is gaining ground and has found a footing in emerging markets.

“German incubators, or company builders, have been very successful in rolling out an idea very quickly, often based on an existing business model,” said Jan Beckers, co-founder of HitFox, which has 80 employees.

German incubators use a different business model than the U.S. examples of Y Combinator and TechStars. The former favors support and mentoring for a startup in return for equity, while the latter involves much more hands-on management. In Germany, an incubator typically comes up with the idea for a startup and then works with a serial entrepreneur to get it off the ground.

Rocket Internet has been aggressive in cloning since its 2007 founding by the reclusive Samwer brothers. The firm has copied innovative U.S.-based businesses, such as Groupon and eBay, often establishing itself as the number two or three in a market and, frequently, selling the clones back to the original companies. In 2010, for example, it sold daily deal website clone CityDeal to Groupon for $126 million.

Rocket Internet now has 25 offices worldwide, 700 employees and about 20,000 workers at its more than 60 portfolio companies, making it the leader in its sector. Last year it received more than $750 million in funding for its startups.

HitFox is described as an incubator hybrid because it builds its own companies or acquires them and then builds them out. The company, founded in 2011, focuses on games distribution, putting players in touch with new games and game publishers or developers in touch with new players.

HitFox has three portfolio companies in the gaming distribution sector with strong growth rates, including Ad2games, a provider of an ad network for online games and which increased revenue by 400% in 2012. In June, its mobile games marketing platform AppLift obtained $13 million in Series A funding from growth equity house Prime Ventures.

HitFox is not in the copycat game, Beckers said. Gaming distribution is a basic business about online or mobile game user acquisition. What HitFox companies benefit from is the synergies generated in such areas as customer base and knowledge transfer, he said.

The Samwer Brothers’ first big hit was in 1999 with Alando, a German clone of eBay, which it sold to that company for $50 million the same year. That set the tone for Rocket Internet’s future strategy.

Earlier this year, the firm rolled out eBay-like portals in Nigeria and Pakistan. It is increasingly focused on emerging markets and raising some strong investment, such as the combined $230 million in its Russian and Southeast Asian online fashion companies.

Having the support of an incubator like Rocket Internet makes a huge difference in helping Internet startups gain traction, according to Ralf Wenzel, global managing director for Rocket Internet company FoodPanda, an online food delivery business.

“We benefit from Rocket Internet’s track record and experience, plus the infrastructure and networks it has across the world,” he said.

In May, FoodPanda announced over $20 million in its first reported round of investment from AB Kinnevik, Russia’s Phenomen Ventures and Rocket Internet itself.

Wenzel himself has no issue with those who criticize incubators like Rocket Internet for cloning and not innovating.

“We are innovating in efficiency and execution, in trying to produce the best user experience possible,” he said.