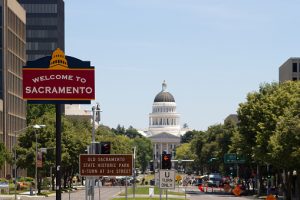 Summit’s Fund V is targeting $900 million to invest in companies that sit in between the early and growth stages in areas such as life sciences, cybersecurity and next-generation retail, among others, as previously reported by the Venture Capital Journal. SCERS committed to the fund in May.

The commitment to Fund V isn’t surprising given the performance of Summit’s previous two venture funds. At the end of last year, Summit’s third venture vehicle posted a net IRR of 17.31 percent and a TVPI of 1.9x, according to SCERS Q4 performance data. Fund IV saw a 39.22 percent net IRR and a 1.66x TVPI, making it the highest returning 2014 vintage private equity fund for the pension at that time.

Overall, venture has performed strongly for SCERS. The strategy clocked the second highest return in the private equity portfolio with a 21.27 percent net IRR and the highest TVPI metric with 1.79x.

The Sacramento County Employees’ Retirement System was founded in 1941 and serves more than 28,6000 members. The fund has more than $9.5 billion in assets under management and produced a 2019 gross return of 17.2 percent.