After Ben Narasin, a 13-year veteran investor at the seed stage, announced the launch of his new firm Tenacity Venture Capital in June, it didn’t take long for commitments to roll in.

Among his initial backers are New Enterprise Associates, where the well-connected Narasin has invested as a venture partner the previous four years. Another LP is Scott Sandell, his longtime friend and managing general partner at NEA. Sandell has also agreed to serve on the new firm’s advisory board while Narasin expects to phase out of NEA by the end of the year.

Four weeks after the soft launch, however, with having done just a little bit of pre-marketing of the Tenacity fund, targeted at $55 million, and not even having yet produced an LPA, Narasin noted in a LinkedIn post that he already “had enough commitments to do a first close.”

A regulatory filing in late August doesn’t indicate a target. But Narasin spoke to Venture Capital Journal prior to the official file and says he expects to hold an official first close in September for his sole-GP fund.

“The response has been better than expected,” he says.

It’s no secret why the emerging manager has drawn interest from potential investors. It’s not hyperbole to say Narasin is arguably one of the most successful seed-stage investors, and stands in the same league as Josh Kopelman of First Round Capital, Jeff Clavier of Uncork Capital and Mike Maples of Floodgate.

Among his deals, Narasin was an early backer in Check (acquired by Intuit), Dropcam (bought by Google), Kabbage (IPO), Lending Club (IPO), Vungle (purchased by Blackstone) and Zenefits (now controlled by Francisco Partners), to name a few.

A month before he unveiled his plans to start Tenacity, Bill.com announced it would purchase fintech company Divvy for $2.5 billion in cash and stock. Narasin had sourced and worked closely with Divvy, which NEA backed in 2019 and led its $200 million round.

His portfolio also includes Branch Metrics, which is valued at more than $1 billion since its Series D in September 2018, and Transfix, which is approaching unicorn status. Narasin was a seed investor in Transfix – a New York company that provides transportation solutions online – and later led the company’s Series A while a general partner at Canvas Ventures. Transfix is now reportedly exploring a SPAC.

Prior to Canvas, Narasin was at TriplePoint Capital, where he oversaw the firm’s seed funding efforts. Add it all up and Narasin has invested in more than 100 companies.

“I have been fortunate enough to pick, fund and help great entrepreneurs over the last 13 years,” Narasin tells VCJ. “They’re the stars. Without them, I’m nothing. But, yes, I invested in them. I picked them.” 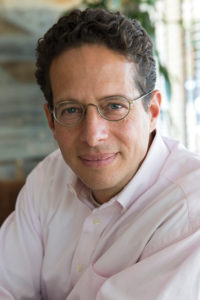 “I have been fortunate enough to pick, fund and help great entrepreneurs over the last 13 years”

VCJ was able to access an early version of the deck for Tenacity in which Narasin reports his performance. At Canvas, where he was a GP for about two years, he maintains a return of 8.7x and an IRR of 57.5 percent. His performance while at NEA is listed as 3.04x, with an IRR of 81.5 percent.

“As one of the first investors to jump into seed stage back in 2007, I realized some of the best outcomes can grow from backing the best companies as early as possible,” he says. “Fast forward to today, and the ecosystem has exploded – in part because the last year ignited new waves of technology adoption, creating opportunities for entrepreneurs that were unthinkable just two years ago.”

Narasin says that Tenacity will invest in such sectors as AI, fintech, hardware, logistics, marketplaces, mobile gaming, robotics and SaaS. He expects to invest in five to 10 companies per year for the next three years.

Narasin is known as an exceptional networker, bringing visitors to NEA’s Menlo Park, California, office, which is in the same complex as the Rosewood Sand Hill Hotel and minutes away from his Atherton home.

He’s also known for holding meetings over coffee and treats, such as at Cafe Borrone in Menlo Park. His LinkedIn boasts some 60 recommendations from entrepreneurs and VCs.
These networking skills will come in handy at Tenacity. Narasin says he has built up a network of more than 300 VCs who can participate in follow-on rounds for his seed-stage investments.

Related to that, Narasin says he is exploring special-purpose vehicles for follow-on investment activity. SPVs as a funding structure in venture deals have grown in popularity over the past decade, allowing LPs and GPs to pool commitments under one entity for typically a single funding round.

On the plus side, an SPV allows a GP and their LPs to use the pro rata rights and continue to put more money into a hot company as it enters its growth stage.

Narasin expects to invest $50 million to $100 million through SPVs in his Tenacity portfolio over time, while offering LPs a fee structure in them at zero and 10. Though SPVs are handled in various ways, fund managers sometimes fall back on a two and 20 structure, giving the GP a 2 percent management fee and 20 percent of profit over a certain threshold.

“I don’t need to take the additional management fees on the SPVs since I’ve already done the work as a manager,” he says.

Since they’re separate from the flagship vehicle, some fund managers steer clear of SPVs and say they don’t want to manage the additional costs. Narasin, however, anticipates deploying Fund I for initial investments in companies and using SPVs for all follow-on rounds, particularly in Series B deals. He says the back office management of SPV documents can easily be outsourced.

“By the time I’m ready to raise Fund II in three years, I should have a good idea of my portfolio companies and what works and what doesn’t,” Narasin says.