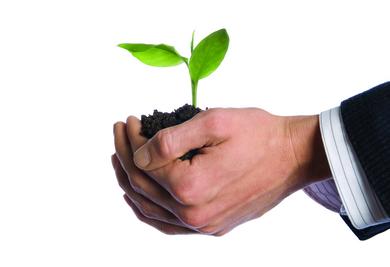 Every venture capital firm is a seed investor these days, or so it seems. Mega-funds, and the late-stage companies they typically back, are capturing much of the attention. But investment activity at the seed stage is bustling, and there’s no slowdown in sight.

There are a few factors driving the growth in seed investing. Over the past couple of decades, the cost of launching new companies has dropped, making it easier for start-ups to get rolling with nothing more than pre-seed or seed-stage backing. Couple that with the growth of emerging managers, angel investors and rolling funds, all of which typically invest at the seed or pre-seed stages, and the conditions seem ripe for a seed explosion.

Seed is the new Series A

Another driver is that many large investors, with billions of dollars under management, are moving downstream, making earlier bets in up-and-coming companies before their valuations spike. In the process, they’re writing larger multi-million-dollar checks for seed-stage companies, giving rise to the expression “Seed is the new Series A.”

But giant fund managers aren’t just sprinkling out a handful of checks for a few deals here and there. They’ve created dedicated funds to go after the seed market.

Greylock Partners, which raised $1.1 billion for its 16th flagship fund in 2020, announced in fall 2021 it raised $500 million for a separate pool to make seed investments.

Sequoia Capital has launched a seed fund focused on the US and Europe as a follow up to its scout seed activity. Andreessen Horowitz unveiled a $400 million seed fund in 2020. And Index Ventures created a $200 million dedicated seed fund, while also unveiling OptionPlan Seed, an app that helps its early-stage founders design a stock option plan and calculate ownership and salaries.

Although each of these large, multistage managers are not new to seed investing, launching dedicated funds worth hundreds of millions of dollars for seed-stage investments is a novel approach.

Samir Kaji, co-founder of Allocate, which works with LPs to help them find emerging managers to invest in, says the large firms aren’t necessarily competing with most seed and pre-seed investors.

He notes that Greylock, Andreessen Horowitz and others are in their own swim lanes, making multi-million-dollar seed investments whereas their pre-seed and seed investing peers are more specialized and participating in smaller round sizes.

But the movement downstream is still a concern for some venture managers.

Chad Byers, co-founder and general partner at Susa Ventures, told Venture Capital Journal in the fall that he believes there might be too much capital in the market. He believes that the multi-stage investors, long viewed as partners because they provide the follow-on capital for seed-stage companies, “may become more enemy than friend if they continue to pour bucket loads of cash into seed deals.”

Susa, which was an early investor in Robinhood and Flexport, collected $125 million for its fourth seed fund in 2021. The San Francisco firm also raised $250 million for its second opportunity fund to back its existing portfolio companies in later rounds.

“There’s an evolution taking place here with these big firms coming down into post-seed and seed rounds, and it’s just inevitable that they move all the way down to giving money to someone who has nothing built in a pre-seed round,” he said.

His prediction may already be coming true. In announcing their fund, Greylock noted that over the past several years, it has made more seed investments than ever before and that 70 percent of its new investments in 2021 were at the seed stage.

But that doesn’t mean that the giant venture fund managers will encroach on all the seed investors.

In 2021, the San Francisco public relations agency VSC established its own seed vehicle with a $20 million fund target to invest in the companies they provide marketing services to. Past clients of the agency include Poshmark and Tile. VSC Ventures will back early-stage companies with checks between $250,000 to $500,000, and also provide PR and related content services. Running the venture arm are VSC chief executive Vijay Chattha and general partner Jay Kapoor.

Kapoor believes what will give seed funds a decided advantage over the larger multistage firms is the level of service they provide to young entrepreneurs. Specialized seed-stage investors have cachet, he says. They know their markets and have relationships within the tech industries they invest in, which appeals to entrepreneurs.

He adds that what founders look for from their investors are whether they can help them in their early journey as founders.

“To get on a cap table today you have to have a really clear value-add,” he says. “And the funds that don’t have a clearly defined value-add proposition are going to struggle.”

However, he adds that there are so many seed funds today that seed-specific investors can no longer just rely on their expertise or their knowledge of the tech sectors. They will need to provide more services to compete against the larger funds, such as marketing and brand management, business development, hiring of personnel and other value-add benefits.

“In competitive deals, you’re going to get squeezed out regardless of who you are because there are so many seed investors,” he says. “You’ll need to stand out as a result of competition. The value add for seed investors will be key going forward.”