Slack recently announced that it has filed confidential documents for an IPO with the Securities and Exchange Commission.

While the company’s prospects look strong, several big questions loom for the messaging and collaboration platform. When will the 10-year-old company reach profitability? Can Slack continue to innovate and thus remain the market leader? How will a Spotify-like IPO impact its chances to become a potential decacorn?

Creating the category: Founded in 2009 by Stewart Butterflied and Cal Henderson, the San Francisco-based company differentiates itself from the other secure-messaging apps by allowing easy integration of existing tools and workflows into its platform. Within a short period of time, Slack saw its popularity soar past strong incumbents, like Microsoft and Cisco Systems, not just at small and medium-sized businesses, but also large enterprises, such as Oracle, Target, Capital One and Airbnb.

In July 2018, the company acquired HipChat, a once popular messaging platform from Atlassian, to become the leading cloud-based collaboration platform. Slack raised over $1.2 billion in 10 funding rounds and was most recently valued at over $7.1 billion at the end of last year. The company will reportedly go public in the next six months.

Can Slack pull off a successful direct listing like Spotify: The success of Spotify’s direct listing has encouraged more companies, including Slack, to bypass traditional stock underwriters like investment banks. While this approach can produce big, one-time savings in underwriter fees and avoid investor dilution, we believe direct listings pose risks of near-term volatility and a potential investor discount on Slack shares.

A direct listing could save Slack $200 million to $300 million, an attractive prospect for a company not yet profitable. In addition, Slack might not worry about alienating potential long-term shareholders because key investors have already backed Slack over many funding rounds throughout the years. However, a direct listing means that the company might need to work harder to convince a broader investor pool of its long-term path to profitability. 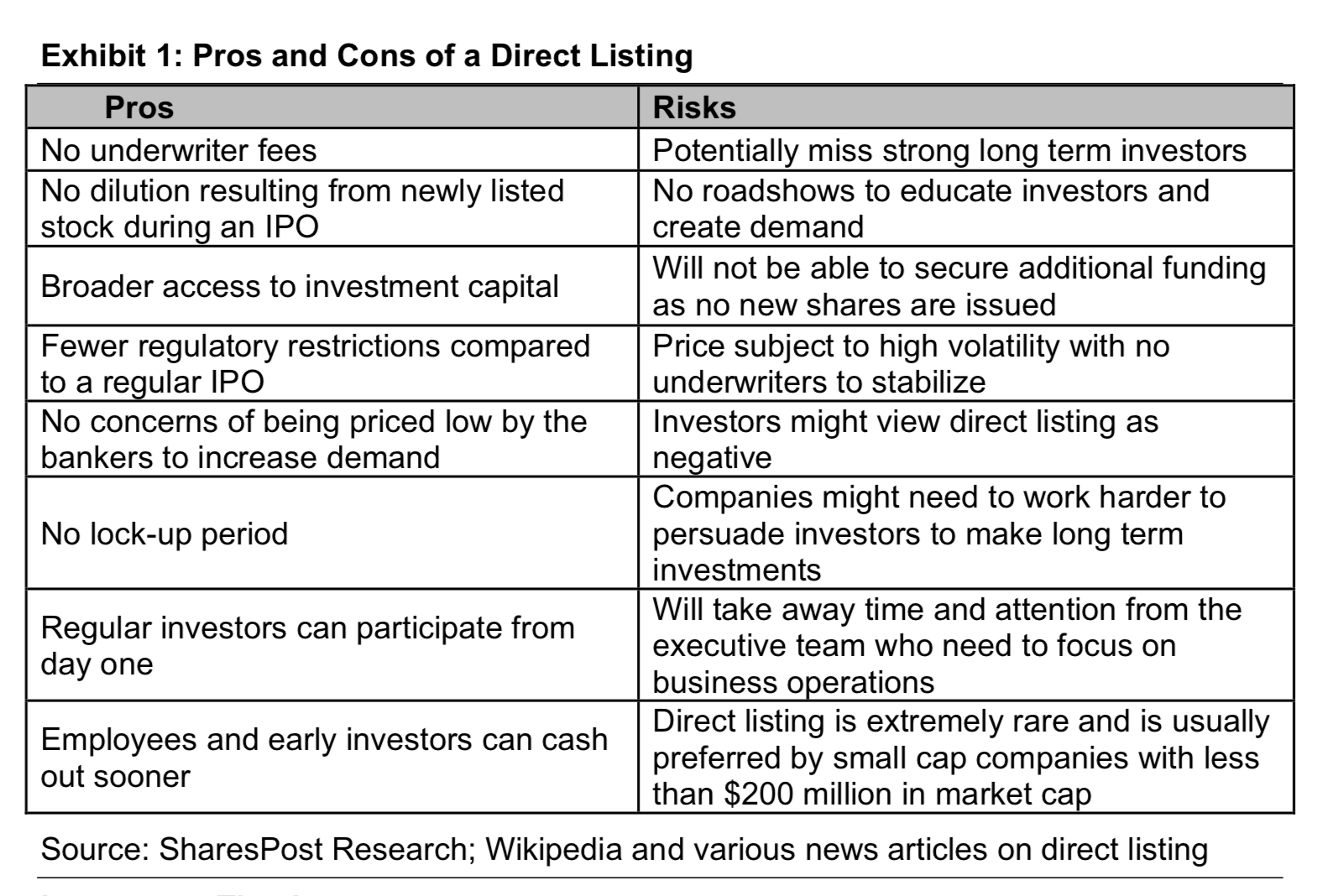 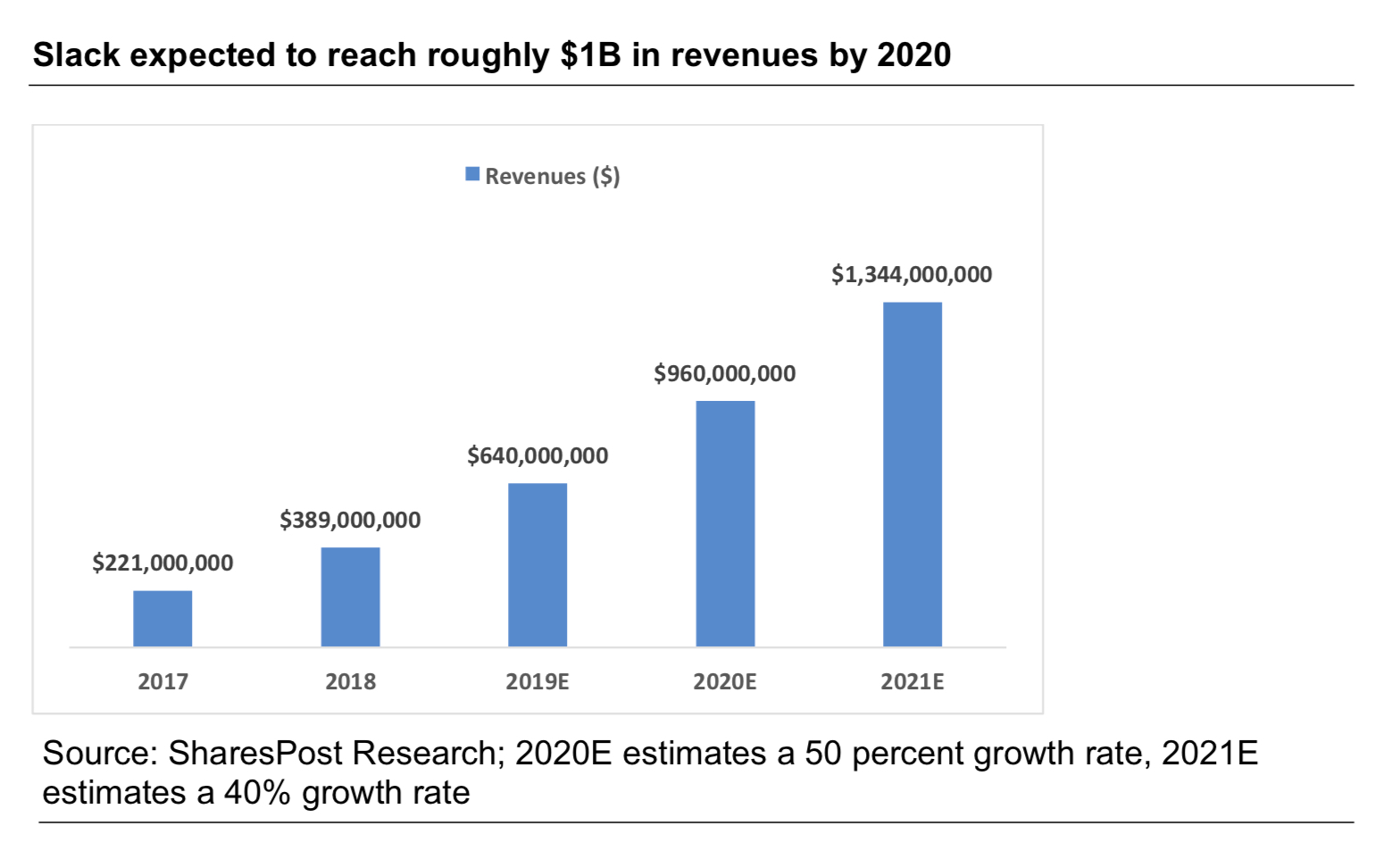 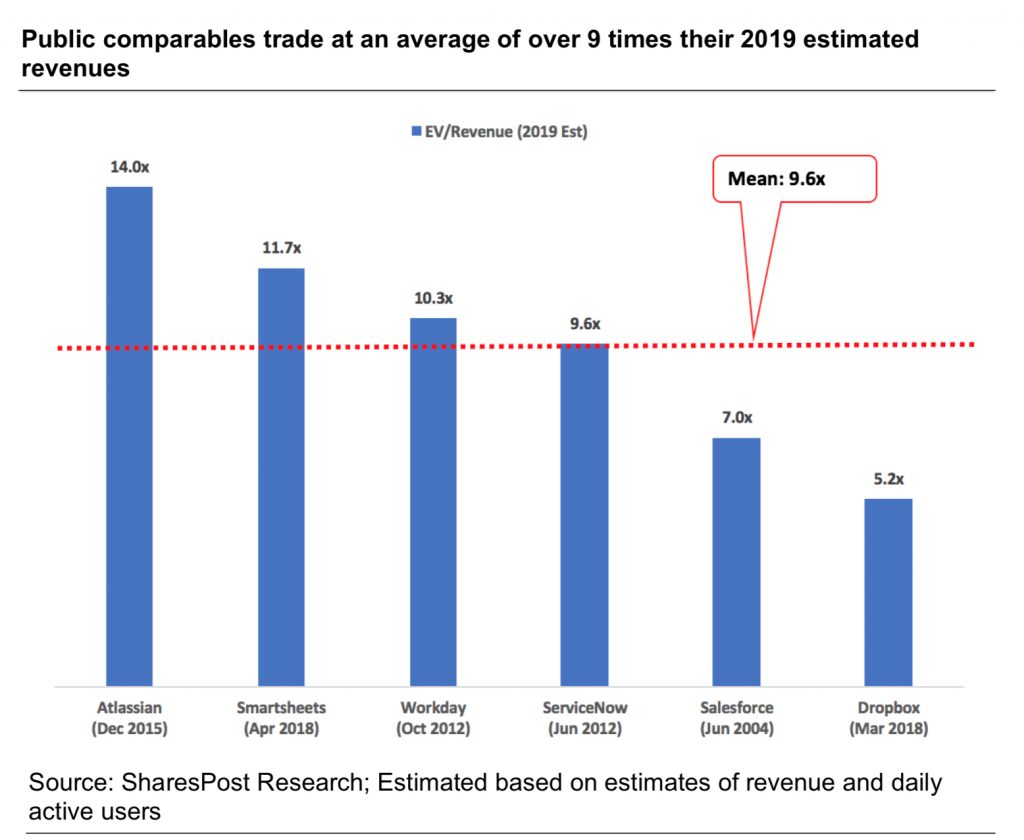 However, institutional investors give Slack a higher valuation in the secondary markets. In general, investors hold a positive outlook for the company and are willing to pay up to 14 times estimated 2020 revenues.

If Slack goes public in 2019 and maintains a growth rate between 40 percent to 50 percent next year, we expect the company to generate roughly $1 billion in revenues by 2020. Using an EV/Revenue multiple of 9 to 11 times 2020 revenues, we believe Slack could go public with a value ranging from $9 billion to $11 billion.