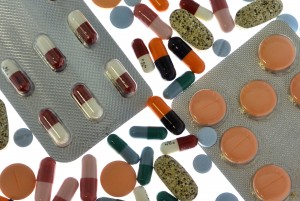 Sofinnova Ventures is back in the market targeting $425 million for its ninth fund, according to documents from the Massachusetts Pension Reserves Investment Management Board, affiliated website peHUB reported.

The firm, based in Palo Alto, California, targets investments primarily in late-stage clinical drug development companies in the United States and Europe. Recent investments include Spark Therapeutics, a Children’s Hospital of Philadelphia gene therapy spinout, raised $73 million in a Series B round in May that Sofinnova led.

Sofinnova also led a $22 million Series A funding of Paris-based Lysogene, which is developing treatments for neuro-degenerative diseases.

MassPRIM committed $35 million to Sofinnova Venture Partners IX. The Illinois Teachers’ Retirement System also reportedly approved a commitment of $50 million to the fund in June, according to Pensions & Investments.

Fund VII was generating a 1.65x multiple and a 16.9 percent internal rate of return as of March 31, 2014, according to information from the Oregon Public Employees Retirement Fund. Fund VIII was producing a 1.33x multiple, according to Oregon’s information, though the system did not provide an IRR.

Jennifer James, a spokesperson for Sofinnova, declined to comment.

In April, Sofinnova Ventures led a $57 million funding in UK- based biopharmaceutical company NuCana BioMed, which focuses on anti-cancer therapies.