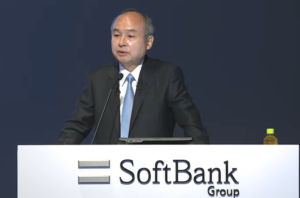 SoftBank chief Masayoshi Son last week won board approval to launch a co-investment program that will allow him to personally back the firm’s second Vision Fund.

The scheme will involve SoftBank transferring unlisted portfolio company holdings in Vision Fund 2 to a new subsidiary, SVF2 LLC, according to a quarterly earnings statement last week. Son will own 17.25 percent of the entity and contribute up to $2.6 billion.

“I take risks all by myself initially and then I [will] distribute to other people in the management,” Son said via translator on a earnings call.

Son received board approval for a similar program in Vision Fund 1, in which the 17 percent stake was to be shared between Son and SoftBank management, he said. The plan was scrapped after colleagues pulled out of the scheme.

“Right [before] execution, Vision Fund 1 faced a challenge and SoftBank stock price tanked,” Son said. “I became poor and other people in management who were willing to take risks couldn’t afford taking risks, so they pulled back.”

Son’s contribution to the fund may be paid on a deferred basis in installments, the statement said. If no payment is made at the time of the asset transfer, he will be required to pay a 3 percent annual premium on the unpaid amount until it is paid in full.

Son’s equity interests in SVF2 LLC will be pledged as collateral for the unpaid obligations of the investment owed. He will also deposit $500 million-worth of SoftBank stock with SVF2 LLC.

His share of distributions will be restricted until the sum of proceeds received by SVF2 LLC from realized investments, plus the value of its unrealized investments, exceeds 130 percent of their initial acquisition cost. These restrictions will be relaxed proportionately in increments of 10 percent and removed once the ratio reaches 200 percent. His equity interests will also be subordinated to an 8 percent preferred return to SoftBank.

The program is intended to create “a shared interest in the success of SVF2, and instilling a sense of ownership leading to enhanced focus on the management of SVF2 investments,” the statement said.

SoftBank has so far committed $40 billion from its balance sheet to Vision Fund 2, a figure that will be reduced by up to $2.6 billion via the co-investment program. The fund had deployed $20.2 billion across 91 investments as of June 30.

Vision Fund 1 posted a ¥199 billion ($1.8 billion; €1.5 billion) net unrealized gain for listed portfolio companies during the first quarter, with gains totaling ¥899.4 billion for six assets partially offset by a ¥700.5 billion loss across nine companies. Share prices for companies such as Chinese ridesharing business Didi and Zhangmen Education, both of which listed in the period, have declined following a series of regulatory actions from China in recent months.

LPs in Vision Fund 1 include Apple, Abu Dhabi’s Mubadala Investment Company and Saudi Arabia’s Public Investment Fund, according to PEI data. The firm has so far decided against seeking third-party capital for Vision Fund 2, though it may do so at a later date.

“We’ll be able to expect distributions from Vision Fund 1 and 2 by portfolios going public and so on, so at this moment I think we will be able to continue the current status,” Son said in May. “In the future, we may consider inviting third-party money, but we don’t know yet at this moment.”