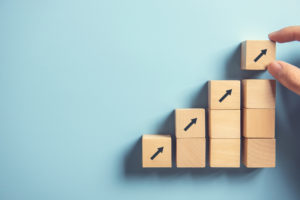 Special purpose acquisition companies may be well on their way to becoming the preferred offering model for the venture capital community, according to Mark Yusko, chief executive and chief investment officer at Morgan Creek Capital Management.

“I can envision a future where the only way you go public is through a SPAC merger,” Yusko told Venture Capital Journal.

“The traditional IPO process was really created for the industrial age with big conglomerates and operating companies,” he added. “The SPAC merger is more well aligned to entrepreneurial types of businesses.”

Less than two months into 2021, 165 SPACs have raised over $50 billion, compared with all of last year’s $83 billion-worth of SPACs, according to SPAC Research. Industry responses to the intensifying craze range from those worried it’s cutting into traditional dealflow, LPs fretting about conflicts of interest and many others concerned the bubble is about to burst.

However, many are welcoming the strategy as a necessary alternative to accessing public markets, and one that is here to stay, especially for venture capital.

“If SPAC activity continues at its current pace (it won’t, these things ebb and flow, but it’s still likely to remain high) we can expect this to be a routine way for NAV to be liquidated, particularly on the growth and venture side of portfolios,” according to Hamilton Lane’s Market Overview 2021.

How SPACs used to work

Before last year, owning a SPAC meant you had to have a long track record, including a history of operating performance and an inability to provide forward-looking statements, making them a back market option popular among industrial companies or financial sponsors trying to unload less desirable products, according to Yusko. But SPACs still had some redeeming qualities.

“Unsurprisingly, SPACs have had a bad reputation and bad performance. But there was one bright spot in all of that,” he said. “If you had an operating team that was doing a SPAC in their area of expertise, those actually performed really well.”

In that sense, venture capital’s highly-specialized investing model lends itself well to achieving SPAC success. Plus, regulations and rules on providing forward-looking statements began to soften through the Securities and Exchange Commission’s disclosure regime and further codification of SPAC rules.

“The changes to the rules in 2015 really emphasize making it easier for high-growth, innovative companies, many of which are going to be venture backed, to make forward-looking statements and to not have to have a track record,” Yusko said.

This trend is sure to slow down, as Goldman Sachs chief executive David Solomon warned recently, saying that the SPAC boom, which represented two out of three IPOs in January (compared with one out of every four in 2020), is not “sustainable in the medium term.” It’s difficult to predict when or how this market will begin slowing down.

“I’ve never seen anything this hot,” said Alec Dawson, SPAC practice leader at Morgan, Lewis & Bockius. “I don’t think it can continue at this level for this much longer but if you asked me six months ago if it would continue to increase like it has, I wouldn’t have guessed it.”