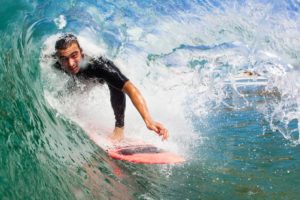 In the start-up world, traditional formulas for calculating financial value often fail investors. Classic models, such as discounted cash flow, multiples, the sum of parts, and net asset value, could hardly anticipate that Amazon’s strategy of burning capital for years would yield so much value.

Indeed, could such conventional models justify buying WhatsApp for $19 billion? Could they differentiate Uber when it was rapidly growing but loss-making? Could they have foreseen the lack of value behind WeWork?

Start-ups do not live in a world that is, but rather in a world that may be. Valuing them sometimes seems more an exercise in imagination or betting. Some investors can claim to be prescient. Most others — be they angels, venture capitalists, private equity firms, corporations, or institutional investors — have crashed and failed too many times to assert confidently that their successes boil down to anything other than luck.

But valuing start-ups is possible, it just requires a different model, one that has more in common with judging a surfing competition than any traditional valuation exercise.

How does surf relate to start-ups? In this analogy, the “speed-power-flow” triad of surfing competitions can help us evaluate three fundamental dimensions of start-up competitiveness and success:

Speed measures the execution and operational quality of the entrepreneurs as they attempt to convert their flow into a profitable and sustainable reality. Speed is not about rushing to acquire market share or even revenue, because this motivation could lead to teams cutting corners, window dressing, and other non-sustainable or even value-destroying ways to reach visible KPIs.

In other words, speed refers to a team’s ability to create sustainable value and transform the company into an ongoing concern.

Power relates to the start-up’s capacity to differentiate itself, and conquer and maintain a dominant, sustainable, and profitable market position over time. Many start-ups believe that a first-mover advantage, or a large war chest, will give them power.

Uber’s great flow and first-mover advantage have not given it power over Lyft in the US, Grab in Southeast Asia, or other copycats now springing up worldwide. Power relates more to market dominance, innovation, competitive advantages and other ways a start-up can reduce the threat of losing its market position to copycats.

Flow relates to the start-up’s ability to reduce customer pain or friction, i.e. address a market imperfection or an unmet need. In other words, how well the start-up business model can generate or improve customers’ lives. Is the start-up business proposing a solution that will bring superior benefit to consumers? Will it increase their flow? Is that flow important for them? Are customers willing to pay for it?

Flow can thus be classified and valued based on the size and frequency of the pain it addresses, as well as how well it diminishes or extinguishes it altogether. In measuring such pain, we need to look at the size of the market and the frequency at which the start-up product or service will be sought. In sum, the goal is to measure how much flow or value potential a start-up is likely to generate.

Competitive surfers have to choose their waves wisely within their limited allotted time. They do not win championships based on the quantity of waves they catch but rather on their quality measured by a wave’s potential to help the surfer generate maximum speed, power, and flow over those surfed by their competitors.

Investors can also profit from the speed-power-flow framework to select and invest their assets in quality start-ups with a high probability of success.

Most VCs will have their own valuation models, of course, but the speed-power-flow tripod one to capture more accurately a likely future that goes beyond a projection based on what exists today.

Horacio Falcão is a senior affiliate professor of decision sciences at INSEAD, where he teaches and researches negotiation sciences. He is the author of “Value Negotiation: How to Finally Get the Win-Win Right. He developed the speed-power-flow model in collaboration with Brazilian entrepreneur Rory Stefano, CEO of Sanctuary Properties and Vivakey. The authors are keen to test their model with more start-ups, and are inviting confidential collaborations with VCs. Email horacio.falcao@insead.edu for more info.