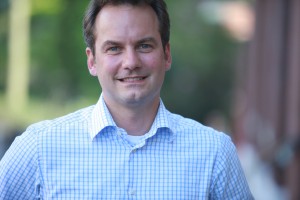 In the venture capital world, it often pays to set your sights high.

That’s what Boris Wertz, general partner at Version One Ventures, did in February 2013 when he launched the firm’s initial micro-fund focused on early-stage consumer Internet, e-commerce, SaaS and mobile companies.

Closing the fund at an above-target $19 million with the help of BDC Venture Capital, former Yahoo president Jeff Mallett and other LPs, Wertz was inspired to announce plans for making it “one of the top 10 seed funds in North America.” Less than a year later, it appears he has realized that ambition. In December, U.S. data platform Mattermark ranked Version One Ventures No. 8 in a list of 115 leading VC investors.

Achieving lofty ambitions seems to be something of a career for the German-born Wertz. Before he became a VC, he was COO of Abebooks, a marketplace for new, used and rare or out-of print books, which in 2002 acquired JustBooks, a Dusseldorf-based company that Wertz co-founded in 1999. Abebooks was, in turn, bought by Amazon in 2008, giving him the opportunity to shift his focus to investing.

Like everything else, Wertz approached the new role with optimism and gusto, earning him the sobriquet “super angel” from fellow investment pros.

Settling in Canada with a new wife and family, Wertz founded W Media Ventures, his platform for making 35 investments in startups, several of which were sold to Google, Salesforce, Twitter and Groupon. A number of Wertz’s early investments were folded into the portfolio of Version One when it was established in 2012.

Version One has itself completed 14 seed and Series A investments in companies located across Canada and the United States. That brings it over half way to fulfilling Wertz’s declared goal of backing at least 25 startups within four-to-five years of inception.

I caught up with Wertz this week. I asked him about his experience as an entrepreneur and investor, Version One’s deals, and what he thinks is in store for the Canadian venture market in 2014.

Q: Version One had a pretty active 2013. What were some of the highlights?

A: It was a fantastic year. Along with the fund closing, we made three new investments, including medical photo-sharing network Figure 1, and cloud-based hardware engineering platform Upverter. We also participated in six follow-on financings. I’m happy about these because we succeeded in attracting top-tier VC firms to Version One’s portfolio.

We also exited three investments of W Media Ventures, such as brain-training app Vivity Labs, which was acquired by Rosetta Stone in late 2013. For me, that was an exciting transaction, as it has allowed Vivity Labs to continue as an independent market leader, but with access to considerably more resources.

Version One also last year reinforced its presence in Palo Alto with the hire of my colleague, analyst Angela Tran Kingyens.

Q: Version One’s final 2013 deal was its co-lead with Rho Canada Ventures of the $2 million seed financing of Figure 1. What made this a compelling investment?

A: Figure 1 was our first investment in healthcare IT, a sector that Version One is very bullish about. While digital technologies have been steadily disrupting traditional industries, they have taken longer to penetrate into conservative spaces, such as healthcare. But healthcare is now primed for dramatic changes. That’s especially true of healthcare delivery, which I believe is going to soon experience consumerization.

Innovation will bring together medical professionals, as well as patients, to generate faster and more effective solutions. You see this in Figure 1, which provides a repository of medical images that’s searchable and available to the health community. The platform can connect doctors is an easy, visual and mobile way and, as a result, speed up the transfer of knowledge. We’d like to invest in more startups like Figure 1.

Q: Where else is Version One looking for new investments?

A: We have flagged an interest in business-to-business (B2B) opportunities. Overall, the global B2B marketplace has not skyrocketed as predicted, but I believe there is strong potential in B2B startups that are focused on replacing the paper-centric, error-prone supply chains of small and medium-sized enterprises (SMEs). B2B startups can help lower transaction costs for SMEs, and more efficiently identify the right suppliers and products. The demand is certainly there.

Other areas of interest include bitcoin – less as a crypto-currency than as a new and disruptive type of digital ledger – mobile SaaS, and machine learning. In general, Version One is interested in working with great and passionate Canadian and U.S. entrepreneurs looking to change their industry and their world.

Q: Over the last five years, you have invested in over 40 companies. How did your experience dictate the role you now occupy at Version One?

A: After Abebooks was sold to Amazon, I decided I wanted to put my time and energies into coaching, supporting and investing in other entrepreneurs. I felt I could lend my knowledge and experience as a company operator to a new generation of founders seeking to start, build and scale companies.

However, the job of an entrepreneur is very different from that of an investor. It took time to adjust to the new role.

Fortunately, my travels across North American and European VC markets put me in touch with a number of veteran investors, such as Albert Wenger and Fred Wilson of Union Square Ventures, Jeff Clavier of SoftTech, Chris Fralic of First Round Capital and Christoph Braun of Acton Capital Partners. I learned a lot from their mentorship.

Q: You are also a principal at Vancouver’s GrowLab, one of a fairly new crop of startup accelerators. Are firms like GrowLab making a difference in the market?

A: Absolutely. I think we are making progress in developing a Canadian market ecosystem that truly supports entrepreneurs and high-growth companies through seed funding, mentoring, networking and collaborative associations.

GrowLab is a key piece of this infrastructure that has not been previously available. Of course, a comprehensive ecosystem can’t be built overnight, and we are still far from mirroring what goes on in Silicon Valley. For example, angel investment has evolved here, but Canada still needs more seasoned angels that can add value to startups.

We also need more talent to lead companies in emerging technology sectors, such as CEOs and sales and marketing execs. But the signs in Canada are encouraging. GrowLab, for example, has invested in 23 companies since 2008.

Q: Canada’s venture market showed sizable investment growth in 2013. Do you think that pace will be sustained in 2014?

A: We have seen really positive trends of late. Many of last year’s deals show the potential that the Canadian market has to create world-class, billion-dollar anchor companies in key sector clusters.

Canada does not yet have critical mass in consumer Internet, e-commerce, SaaS, mobile and other sectors I care most about. But single deals, like those backing HootSuite and Shopify, for example, make a big difference. I believe we can take things to the next level in 2014, but we need to continue focusing on bringing more capital and resources to startups that are best positioned to ramp up on a large stage.

For me, an important piece of the strategy is building cross-border links. The C100, of which I am a charter member, is a success story in this regard. I haven’t seen a startup that hasn’t benefited greatly from participating in 48 Hours in the Valley, C100’s flagship mentoring program.

Q: What tip would you give to VCs and entrepreneur as they enter 2014?

A: From my heart, I would give Canadian entrepreneurs and VCs that same tip – think big. Don’t view Canada as your market, view the world as your market. Identify your competitors, wherever they may be located, and measure yourself against the very best. You have to visualize being first to get there. And always be thinking about what you’re learning, and from whom. I feel that’s the best advice I can share.

A shorter version of this Q&A previously ran on peHUB Canada, an online affiliate of VCJ.