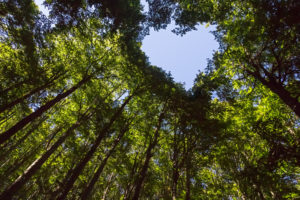 Sustainable consumer products aren’t just for hippies or helicopter parents, but for the mainstream consumer, as many of them search for better options.

Consumer spending behavior has been pivoting toward more sustainable and environmentally friendly options for years. Nationwide sales for these products is expected to reach $135 billion in 2019 with forecasts predicting as high as $150 billion in 2021, according to data from the Nielson Company.

With consumer demand continuing to grow, companies and startups are responding, and investors have a flood of new opportunities in the space. People don’t just want organic food or chemical-free cleaning products anymore either, they want sustainable clothing, natural and effective beauty products and environmentally friendly transportation.

Grove Collaborative, a sustainable cleaning and beauty products company, raised a $150 million Series D round in September, which brought the three-year-old company to unicorn status. The round was led by Lone Pine Capital, General Atlantic and Glynn Capital.

Sunday, a sustainable direct-to-consumer lawncare company, raised a $6 million Series A round in August that was led by Tusk Ventures. The round also included Forerunner Ventures and Bullish. The Boulder, Colorado startup grabbed $9 million in funding altogether within just six months of its launch in 2018.

New York-based Silas Capital has been investing in many different types of sustainable consumer products since its founding in 2011. These investments include smart grills, beauty products and insect repellent.

Managing Partner Frank Lin says the firm isn’t setting out to exclusively invest in sustainable companies, but those companies have offered the best opportunities.

“It’s become a pretty critical element of our strategy as a firm,” Lin says. “While we don’t have a formal or defined approach just yet, we still believe that investing in businesses that are doing good is not just the responsible thing to do, it’s increasingly become, or should be, a duty of this generation of consumer investors and entrepreneurs.”

Silas led an $8 million investment in Bellroy in April. The Australian leather goods company is a certified B Corporation that looks to create more sustainable leather options.

Silas also led the $15 million Series A round in Herbivore Botanicals, an organic skincare brand in August. Stage 1 Fund also participated in the round.

Lin says that beauty and personal care have been big driving forces in the sustainable consumer movement.

Drunk Elephant, a sustainable skincare brand, was acquired for $845 million in October by Shiseido, a Japanese beauty company. The startup was founded in 2012 and raised one round of $8.3 million in early 2017.

London’s The Craftory is another firm that has built its investing strategy on sustainable consumer brands looking to disrupt the status quo.

“We believe the challenger brands are here to stay and they are here to succeed,” Thiago Rodrigues, a senior partner and “deal crafter” at The Craftory, says. “They are changing the way the consumer companies will have to behave.”

In March, the firm led a $30 million Series B round in NotCo. The Chilean company creates plant-based alternatives for such foods as mayo, ice cream and milk. Kaszek Ventures, IndieBio and Bezos Expeditions joined the round.

The Craftory has also invested $15 million into Ruby Love, which creates underwear and bathing suits that offer leak-proof period clothing that don’t require the use of single-use feminine products.

“What we are seeing today in the market is that the new generation, the millennials and Gen X and Z, they are very concerned about the consequences of consumption,” Rodrigues says. “My generation was all about having the best product at the most affordable price.”

The “best product” for many consumers now isn’t just the most convenient or the cheapest. But to compete, sustainable products can’t skimp out on things like customer experience or quality just because they offer a sustainable option, Lin says.

“So now, there is efficacy and performance in clean and natural brands,” Lin says. “Consumers don’t want to sacrifice that performance in their cosmetic and skincare brands. There is also very little leeway that you’ll have as a brand to just sell an all-natural product that just doesn’t work, doesn’t perform to acceptable standards, or doesn’t taste good.”

Nancy Pfund, a founder and managing partner at DBL Partners, agrees that for consumers to switch from their current go-to product they most likely won’t be willing to give up any of the perks.

DBL Partners recently led a $40 million Series B round into Bellwether Coffee, which created a roaster that eliminates the carbon emissions that come with traditional natural gas-powered coffee roasters.

While this machine takes out the harmful use of gas, the consumer won’t know the difference, Pfund says, because they will still be able to smell the coffee roasting and get the same benefits.

FusionX, Congruent Ventures, Tandem Capital and XN Ventures also participated in the Series B funding of the Berkeley company.

Investors investing in these brands aren’t doing so for a focus on impact. These companies are also able to produce strong returns.

“It’s not a reason not to do as well. It’s not an excuse to have lesser profit,” Lin says. “You should be able to build a high-growth business without sacrificing anything. It shouldn’t be used as an excuse to do poorly.”

The RealReal, a luxury consignment company, successfully raised $300 million for its IPO in June after raising $349 million over eight years from such investors as DBL Partners, Canaan Partners, e.Ventures and others.

Pfund says that the IPO of the RealReal in June was a great example. “It’s a circular economy,” she says. “You are putting luxury goods into multiple economic cycles. You are using stuff over and over and you are getting a terrific experience and quality designer goods. What’s not to like about that?”

Nearly half of consumers, 48 percent, said they plan to change their consuming habits to be more sustainable and environmentally friendly, according to Nielson data.

“We always see a huge chunk of the market, 30 percent of this market, is getting away from those big companies and going into challenger brands,” Rodrigues says. “I think that’s why there is a lot of participation from VCs in the big waves of tech. A lot of money is being thrown.”

As consumer demand continues to grow for these sustainable companies, investor demand should trend right with it.

“That no sacrifice-approach is extremely popular right now. Companies that are able to deliver on both sides of that are going to be highly valued,” Pfund says. “That’s where the consumer wants to be right now. They want to have their sustainable cake and eat it too.”