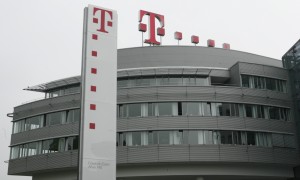 Within Europe, Germany has a rich tradition of corporate venture capital investment, and one of the oldest and busiest players on the scene is Deutsche Telekom AG’s T-Venture.

The Bonn-based venture firm is currently investing a €450 million ($590 million) fund, making it one of the largest technology VCs in Germany. And it’s a position it will likely maintain for the foreseeable future.

That’s because one thing they don’t have a problem with is funding.

“We will go into our next fundraising in about 2015, but it’s simply a matter of asking Deutsche Telekom for the money and it’s done,” says Patrick Meisberger, managing director of T-Venture.

Deutsche Telekom has poured more than €1 billion ($1.3 billion) into T-Venture since 1997; in return, it demands a portfolio that offers both returns and strategic value.

Accordingly, T-Venture focuses on three core sectors. About half of its portfolio is in consumer-facing digital services; a quarter is in core telecoms applications, such as mobile networking and infrastructure; and the rest is in IT.

“As a corporate VC we will be successful to a large extent only when our companies are doing business with Deutsche Telekom.”

This means plenty of cross-pollination as more than two-thirds of T-Venture’s portfolio—split between Germany and the United States, but with about 15% in Europe and Israel—does business with the parent company.

“As a corporate VC we will be successful to a large extent only when our companies are doing business with Deutsche Telekom,” Meisberger says.

From its Mountain View, Calif.-based office, T-Venture tends to target later-stage, strategic investments, though in Germany it often takes the lead in Series A rounds in which it will commit up to €10 million ($13 million) for a minority stake.

The firm usually completes about 15 deals per year, although it has reached 14 already in 2013 due to several seed funding rounds for Deutsche Telekom’s Hubraum incubator program.

Average age of T-Venture’s 100-company portfolio is about three years, but the firm says that it has achieved 11 realizations in the past 18 months, well beyond the industry standard in Europe. Among its exits is Pelago, which created Whrrl, a social networking app. The Seattle-based company, which raised about $23 million in funding from T-Venture, Kleiner Perkins Caufield & Byers and others, was acquired by Groupon about two years ago.

One might expect corporate venture to be a cutthroat business, as companies seek exclusive access to the next breakthrough technology, but Meisberger claims the opposite is true and highlights co-investments with such rivals as Vodafone.

“We don’t have any competition and in some cases we build consortiums because it’s in everybody’s interest to fund the best technologies to help increase efficiency and reduce capital expenditure,” he says.

One example is Albuquerque, N.M.-based Skorpios Technologies, whose silicon-photonic technology can slash the cost of optical network components. The company has raised about $23 million in funding in the last three years. Corporate investors in Skorpios include Deutsche Telekom, Nokia Siemens Networks and Ericsson.

In Europe, however, Meisberger knows that corporate venture can only stretch so far, so he wants to see more institutional funding for independent venture funds.

“Even in Germany, funds with a track record have a hard time raising money, which is a major concern because you need the right consortiums to help companies grow. It would be naïve to think that as T-Venture we can do that by ourselves.”

Alex Derber is a London-based contributor. He can be reached at alexerber@hotmail.com.