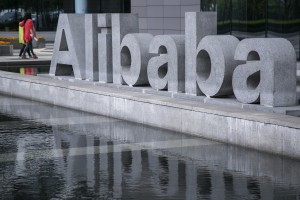 Ma, who was running the business out of his apartment in China, knocked on a lot of doors until Thomas Ng, the Asian-based co-founder of GGV Capital, came to his rescue with an $8 million infusion.

Now GGV is poised to become the grand prize winner when shares of Ma’s juggernaut, the Alibaba Group, begin trading in the U.S., most likely after Labor Day.

Pundits say Alibaba could float as many as $20 billion in shares in its debut, one of the biggest IPOs ever, and generate a market value of up to $250 billion, a behemoth by any measure.

Ma’s tiny apartment-to-palace tale illustrates one of the caveats of investing in China. It is a country of many risks, but sometimes big rewards.

China is generating increased interest on the part of U.S.-based VCs once again, thanks to Alibaba, which has muscled in on 70 percent of China’s e-commerce. That, coupled with a more accepting climate for Chinese IPOs is also part of the equation.

The ripples are already undulating across the Pacific Ocean.

In May, GGV, with offices in Menlo Park, Calif., and Shanghai, announced the close of its $620 million fifth fund, following the close of a $625 million fund just two years ago.

“Our investors are pretty happy with the results and want us to recycle those profits,” said GGV Managing Partner Hans Tung.

Lately, he said, investors have been benefiting as China’s three largest Internet companies battle for supremacy in the mobile arena by snapping up emerging businesses right and left.

“Baidu, Tencent and Alibaba are extremely aggressive about making investments and acquisitions in the mobile Internet space,” Tung said. “They want to make sure they don’t lose out in this new frontier.”

He said his firm is targeting investments in the sector, including companies that can do business in U.S. markets as well as in China.

“We want to help facilitate that process,” he said of the cross-border activity.

Tung said GGV is especially interested in apparel, home furnishings, sports and travel, as well as wearables and related devices.

China boasts the largest number of smartphone subscribers in the world, giving rise to a number of new business models not possible before. Moreover, Chinese consumers will purchase an incredible 400 million smartphones in 2014, adding to the 500 million devices already in use.

Still, only 31 percent of subscribers will carry smartphones next year after the explosive growth this year.

In early June, GGV led a $15 million Series B financing round in GrabTaxi, which provides mobile booking technology to cab drivers in Southeast Asia. The round included participation from Chinese-based travel services provider Qunar and Vertex Ventures.

Meanwhile, DCM is also benefiting from the newfound optimism on Wall Street for new companies being launched in China.

“There has definitely been a pickup,” said the firm’s co-founding General Partner Hurst Lin, who is also co-founder of Web portal Sinanet.com, the first Chinese company to go public in the U.S. 15 years ago. “There have been a slew of exits via IPOs this year; the confidence to invest in China has returned.”

DCM is currently investing out of its $330 million DCM Ventures China Fund VII, which closed in March. The firm has invested in more than 50 companies over the past two years and has cashed in three, earning investors $1.5 billion.

These days, Lin said that he’s been looking at opportunities in online education and training.

“Education, not to mention such things as e-commerce and food delivery, is really big, thanks to improving mobile technology. Being on the go allows subscribers to do more online.”

In 2012, DCM participated in a $10 million Series B round in 51Talk, a Beijing-based business that provides one-on-one English lessons to Chinese subscribers via mobile video services using QQ, the China-based clone of Skype. The company employs tutors in the Philippines, where U.S. companies have trained many for call center work.

51Talk is competing with a number of other English tutoring services, including 91Waijaio, launched by the former CEO of U.S.-listed dating service Jiayuan, as well as Hujiang, which raised $20 million, and SayBot, which raised $10 million in a Series C round from Qualcomm Ventures, both in the summer of 2013.

Lin said online education represents one of the new models that have risen out of the smartphone explosion in China.

“Education, not to mention such things as e-commerce and food delivery, is really big, thanks to improving mobile technology,” he said. “Being on the go allows subscribers to do more online.”

“Why should they?” he asked. “Most Americans don’t read Chinese, and most don’t go to China. There is no reason why they should know that, but it’s a fact that most of these companies are bigger than their U.S. counterparts.”

That’s why, despite the huge potential for returns, most U.S. firms avoid China. Only a handful of VCs are investing there.

This small group of firms, along with a few others, such as GGV and DCM, have announced 37 investments in China through early June compared, to 38 in all of 2013. When the final 2014 tally is in, the number will likely come closer to the 75 deals announced in 2012.

“The enthusiasm around the Alibaba IPO is breaking the ice for U.S. investments into fast-growing China,” said Matthew Turlip, an analyst at PrivCo. “But, it’s obvious that Matrix and IDG Capital Partners have a head start on the herd that’s soon to follow.”