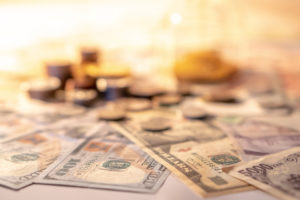 With a 10-year bull run, most venture investors have never managed through a downturn. This poses a risk both for novice investors who are lulled into complacency and the venture market generally who compete with the highest bidder on deals.

As round sizes and valuations have doubled in the past five years, it may appear that a rising tide lifts all ships. Pricing becomes a secondary consideration to landing the hottest deals.

For entrepreneurs, large rounds validate success and thus become both a marketing and financial milestone.  Companies gobble up debt that seems even cheaper than their recently raised highly priced round, and investors accept leverage to juice returns.

Current market conditions appear quite different when viewed through the lens of having worked through five downturns. Pricing moves to the forefront in a buyer’s market during downturns. It took Nasdaq 13.5 years to recover from the excesses of the dot-com bubble.

Debt appears cheap when market conditions are rosy as both investors and entrepreneurs become inured to the existential risks that debt can pose in a downturn. A rising tide lifts all ships, but we see who is swimming naked when the tide goes out.

It is worth revisiting the events that precipitated the tech crash in March 2000 as the events in recent weeks are eerily similar.

Time Warner’s acquisition of American Online for $162 billion in January 2000 appeared at first like another win for the tech industry and investors. But the acquisition came to symbolize the end of the dot-com bubble. It shocked public market investors who could not get the math to work in favor of Time Warner.

The Nasdaq hit 5048 on March 10 and receded quickly from there. News followed that Japan went into recession on March 13. On March 15, Yahoo and eBay ended their merger talks and the Nasdaq fell 2.6 percent. On March 20, MicroStrategy announced a revenue restatement and its stock fell 62 percent in one day.

On April 3, the United States announced that Microsoft was guilty of monopolization and the Nasdaq fell 8 percent that day. The next week, Nasdaq fell a further 25 percent. By June, internet companies had to rethink their spending habits, causing ad tech and server sales to plummet. Stock in CMGI, an internet portal and ad tech firm, fell by 99 percent from $41 billion. Server sales dropped by 50 percent in one year and iconic firms such as Sun Microsystems never recovered.

Thousands of tech companies died in the aftermath of the dot-com bubble and hundreds of venture firms folded globally. Some who survived were lucky. Peter Thiel sensed a fragile market and rushed to close a $100 million round for Paypal just days before the market crashed. Paypal and Founders Fund would not exist today had that round been delayed by a few days. How many potentially iconic companies died because their funding rounds were on the wrong side of the crash?

Recent events feel eerily akin to 2000. WeWork files for an IPO, which uncovers shaky accounting and profligate spending patterns after raising $12.8 billion in venture funding. Postmates delays its IPO following the WeWork debacle and the disappointing debuts of Lyft (down 50 percent), Uber (down 35 percent), and Peloton (down 10 percent).

JUUL loses its CEO amid U.S. regulatory scrutiny of teenage addiction to nicotine through vaping. Tech incumbents are raising entry costs for startups as Google and Amazon raise advertising and storage costs, respectively. The auto, banking, and retail sectors are all struggling in an economy wavering under the pressures of a trade war. The U.S. economy, which has been shaky for the last two quarters, is showing signs of cracking.

I hope I am wrong. They say economists have called 14 of the past five recessions. I called the Russia crash in 1997, global recession in 2007, and the China market fall in 2011 but also anticipated a recession in 2016 that caused the stock market to wobble in the first half but then recovered. In such markets, caution is prudent. As Warren Buffett quipped, “the reason I made so much money is I sold too soon.”

In current market conditions, companies that prepare for a downturn can position themselves well under any market scenarios. We advise our companies to:

Risto Siilasmaa, chairman of Nokia, describes himself as a paranoid optimist. Preparing for and knowing one can survive downturns affords optimism for the future under any conditions. Risto embeds scenario planning in his philosophy for paranoid optimism: “When the worst possible outcome could be talked about, it actually removes fear. Instead of being paralyzed by paranoia (because you know you can survive a worst case scenario), you can encourage the optimism, which will, in turn, facilitate positive actions.”

This is also good advice for all technology companies in the current times.

Paul Asel is a partner at NGP Capital.