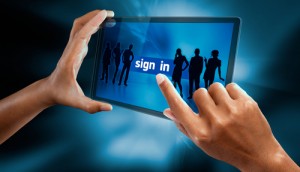 This is part two of a four-part series examining how the Jumpstart Our Business Startups Act (JOBS Act) will affect the capital markets. Signed into law on April 5, the JOBS Act results from efforts to reduce regulatory burdens on small companies attempting to access the capital markets, and it contains some overdue reforms to the securities laws.

Part one of the series explained “emerging growth companies.” Part two examines the “Facebook problem” — when successful private companies have too many shareholders trading on secondary markets and are forced to register with the SEC. The JOBS Act aims to alleviate this problem by amending Exchange Act Section 12(g) to increase the 500 shareholder threshold to 2,000 shareholders. These rule changes should enable successful, growing middle market companies to raise more private capital, broaden the reach of their stock compensation programs, and have more control over how and when they choose to go public.

The “Facebook Problem” — Successful Private Companies with Too Many Shareholders

Successful, growing private companies such as Facebook have long faced a dilemma under the securities laws: Raising capital from private investors and issuing incentive stock to key employees eventually will cause them to trip over the registration requirements of Section 12(g) of the Exchange Act.   Before JOBS Act revisions, Section 12(g) required a company to register with the SEC and file public reports within 120 days following the fiscal year in which it exceeded 500 shareholders of record and $10 million in assets.  The total assets threshold was increased from $1 million in 1964 to $5 million in the 1980s, and then to $10 million in 1996.  But the “500 shareholder rule” never increased from 1964 until the JOBS Act increased the threshold to 2,000 shareholders last week.  As a result, successful private companies trading on secondary markets were forced to register with the SEC and effectively become public companies even if they did not need to or want to.

Before Facebook, Microsoft’s IPO Driven By the “500 Shareholder Rule”

Microsoft’s 1986 IPO is the best example of a company that had no need to raise capital or subject itself to public reporting requirements, but went public preemptively.  Microsoft had issued incentive stock to employees, and because of active trading in secondary markets, this stock became widely dispersed.  As Microsoft neared 500 shareholders Bill Gates decided to conduct a public offering and raise capital Microsoft didn’t really need because the company would soon be required to comply with Exchange Act disclosure and compliance rules anyway.  (It should be noted that Microsoft was a very well counseled company.  Bill Gates, Sr. was a renowned corporate lawyer and name partner at Preston, Gates & Ellis, now K&L Gates LLP.)

Facebook issued incentive shares to dozens of employees in the classic Silicon Valley manner, and also accepted private investments from Goldman Sachs and other institutional investors.  As a result, Facebook effectively had no choice to remain private, regardless of its strategic goals, profitability or need for capital.  Sooner or later, Facebook would exceed 500 shareholders of record and be required to register with the SEC.

Facebook’s IPO was a fait acompli dating back at least to Goldman Sachs’ $450 million investment in January, 2011.  Goldman invested in Facebook using a Special Purpose Vehicle (SPV), so that the entire $450 million equity investment was held by a single shareholder of record, the SPV.  SPVs are commonly used for private investments of this type, and usually limited liability companies or limited partnerships, equity interests in which are sold to private investors.   However, prior to the JOBS Act, the SEC had been considering whether to count the SPV as a single shareholder of record for Section 12(g) purposes, or whether to “look through” the SPV and count the SPV investors as holders of record.  As the “Deal Professor” Steven M. Davidoff noted in this article, Facebook and Goldman therefore agreed that Facebook would register with the SEC by April 2012 due to concerns that the SEC would count all of the investors in Goldman’s SPV as holders of record.  Note that the 120 day registration period after the end of Facebook’s 2011 fiscal year would expire in April 2012, assuming Facebook exceeded 500 shareholders of record in 2011.

In addition to the Goldman deal, there are other signs that Facebook’s IPO was driven by the 500 Shareholder Rule.  This January 2012 Boston Globe article by Steven Syre reported that founder Mark Zuckerberg would have preferred Facebook to remain private.  Facebook also halted secondary trading in its stock on March 28, 2012 in anticipation of its IPO, according to this article by Alexei Oreskovic and Sarah McBride.  But despite Zuckerberg’s preferences, Facebook’s IPO was inevitable.

The JOBS Act amends Section 12(g)(1) of the Exchange Act to require a company to register with the SEC and begin filing periodic Exchange Act reports within a 120 days after the fiscal year in which:

A minor but important detail is that holders of record will not include persons holding securities received pursuant to employee compensation plans, if those plans were exempt from registration under the Securities Act (i.e. private placements under Regulation D or Rule 701 of the Securities Act).  Most employee incentive plans will qualify for these exemptions.  Also, consistent with SEC guidance,”holders of record” calculations  will not count beneficial owners, i.e. the Goldman SPV would be counted as a single shareholder, and the count would not “look through” to the underlying investors.

What are the Consequences for Middle Market Companies and Secondary Markets?

The JOBS Act changes to Section 12(g) will relieve but not eliminate pressure on companies dealing with the “Facebook Problem”.  It will give them more flexibility to raise private capital and grant employee incentive equity awards, but will not obviate public registration forever.  Instead, companies will have more latitude to delay IPOs while they build their earnings and market position.  Nor will most companies want to avoid public registration forever–at some point founders, investors and employees will want liquidity for their stock, which will encourage IPOs.

Secondary trading platforms will continue to be utilized for significant pre-IPO trading, according to a Wall Street Journal article by Randall Smith, because the companies will have face less pressure to register and conduct IPOs.  However, trading in secondary markets could continue to be choppy, as companies such as Facebook, Twitter, Groupon and Zygna mature on secondary markets and but then then move on to IPOs and NASDAQ or NYSE platforms.

Finally, with the new “2,000 Shareholder Rule” raising the registration threshold and excluding most employee-held shares, issuers will have less incentive to make a single, large private placement like Facebook’s sale to Goldman.  This could lead to more individual shareholders who will actively trade on secondary markets.