Venture Capital Journal
Home News and Analysis Firms & Funds The future of Israel’s tech scene may come down to US vs...
Firms & Funds 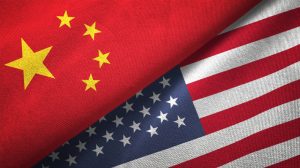 Situated 7,400 miles from Silicon Valley and 5,000 miles from Shanghai, Israel’s tech ecosystem would seem far removed from the trade war between the US and China that has rattled the economies of two global superpowers.

But startups and venture investors here are feeling the fallout and scrambling to avoid getting caught in the crossfire. After years of cultivating Chinese investors as a new source of foreign capital, they now fear that those relationships could get them into trouble with authorities, clients and investors in the US, the main address for cash fueling Israel’s technology sector.

The anxiety became more pronounced in October, when, in response to US pressure on Israel to exercise oversight over foreign investment, the Israeli cabinet established an interagency advisory committee under the auspices of the finance ministry. Even though the powers of the panel are vaguely defined without authority over technology businesses, a chill has swept through Israel’s vaunted technology sector and local venture investors.

“We have a clear signal to be more concerned about Chinese money,” says Nimrod Kozlovski, a partner at the Israeli law firm Herzog, Fox & Neeman, an advisor of Israeli venture investors. “If, five years ago, there was a feeling that we are going like crazy to China to raise capital, now the VC industry is much more cautious about taking Chinese money.”

Late to the party

The Chinese have been relatively late to Israel’s startup tech ecosystem, which relies heavily on foreign investment to fuel growth. While US venture investors and multi-national corporations have been active in Israel for decades, Chinese technology investors have only started stepping up their involvement in the last 10 years.

Local investors say that the increased interest in Israeli technology stemmed from a policy by the Chinese government to diversify the country’s economy from low-cost manufacturing into cutting-edge technology and establish itself as a worldwide power in innovation industries. Israel’s status as home to one of the leading technology hubs made it a natural focus.

“If you’re looking at the high-tech sector, Israel is going to be the first place you look at,” Kozlovski says. “Israel is pretty unique in that we don’t have a broad foreign investment regulatory scheme.”

Israel’s government has been quick to return the embrace. Prime Minister Benjamin Netanyahu made two visits to China in the last six years to tout Israel’s technology sector and declare the country of 9 million open for business.

Chinese investment in Israeli tech startups surged from $76 million in 2013 to $325 million in the first nine months of 2018, according to the IVC Research Center, which follows venture activity in Israeli startups.

Investors estimated that Chinese activity accounts for about 10 percent of overall foreign investment in Israeli tech ventures. At the same time, Israeli venture funds have raised money from such LPs as the China Investment Corporation, Alibaba Group Holdings and Lenovo Group.

Zeev Holtzman, chairman of Giza Venture Capital and the owner of the IVC Research Center, predicted Chinese investment in Israeli startups would probably drop due to the US-China trade tensions. Israeli venture funds that are raising money are more sensitive about including strategic and financial partners from China. Caught between the US and China, Israeli firms will have to choose sides. Holtzman predicted that ultimately they will go with the country’s traditional economic and military ally.

“Definitely there is a higher sensitivity. Any fund that can afford to bring non-Chinese investors will prefer that,” Holtzman says. “Nobody wants to get into the middle of the fight between US and China, especially because we are so dependent on the US.”

Now, as the US government increasingly views its competition with China for technological prowess as a national security priority, there’s increased sensitivity about Chinese involvement in so-called “dual use” technology, which could be embedded in civilian and military products.

In 2019, Trump administration officials pressed Israel to establish a panel akin to CFIUS, the US government’s interagency committee on foreign investment, to tighten regulation.

That would have undermined a central pitch of Israeli tech leaders to foreign investors: the relative absence of government oversight. To preserve that advantage, Israel’s tech leaders lobbied the government to keep technology out of the new panel’s purview.

So, many breathed a sigh of relief after the October 30 government announcement confirming that a panel would be established. And yet, there’s still uncertainty whether additional steps might be implemented once Israel’s new administration takes office, says Eli Barasch, who heads the China practice at the Israeli law firm GKH and focuses on technology and private equity. The country has been running with an interim government for the last year because of a political stalemate from two inconclusive parliamentary elections.  “We haven’t seen the rules,” he says, referring to the lack of clarity about the role and powers of the advisory committee. “We have only a press release.”

Israel is by no means the only country caught in the middle of the US-China rivalry. The US has urged allies in Europe against awarding 5G network infrastructure tenders to Chinese telecommunications giant Huawei. And in 2016, Germany’s government blocked a $728 acquisition of chipmaker Aixton, amid pressure from the US.

However, some Israeli investors consider the trade tension an opportunity for the so-called startup nation. With US tech companies increasingly off limits to Chinese investors, Israeli startups should take advantage of the superpower’s hunger for innovative technology, says Edouard Cukierman, the head of the investment house Cukierman & Co. Israel, Cukierman says, can share its know-how with the Chinese and become a player in its massive market for technology.

Catalyst, the venture investment affiliate of Cukierman & Co, partnered in 2014 with Hong Kong financial services company China Everbright (CEL) in establishing a $100 million fund. The fund, which had a second closing of $200 million in 2016, has invested in Mobileye, a maker of autonomous driving technology acquired by Intel, and Taboola, a content recommendation platform. In 2019, Catalyst CEL hosted a conference in Jinan with 100 Israeli companies and hundreds of Chinese investors.

“Israel is an export-oriented market. We have no choice but to be active in China. We are welcoming the Chinese with a red carpet like we welcome the US,” Cukierman says. “We can’t reject an investment because of a general government sentiment.”

Israel’s semiconductor, drone and cybersecurity startups are the likely sectors that will raise eyebrows going forward, say business observers. Artificial intelligence technology is another area that could attract attention.

“I’ve had at least one Israeli investor call me up and ask me what I think about Chinese investment in a cybercompany that is going to want to do business in the states,” Barasch says. “In other words, if they have Chinese investors, is it then going to be difficult for those companies to do business in the states? And I didn’t have an answer for him.”

In the end, however, Israel’s technology sector will need to chart a path that weaves its way through the rivalry. It can’t afford to ignore China or the US. “Everybody’s trying to figure out what is in their interest. For most, it will be to keep growing business ties with the Chinese, and keep being sensitive to the US,” says Jonathan Medved, founder of OurCrowd, a venture capital crowdfunding platform.

“This is not a zero-sum game. Israel is in a situation where it has to keep doing business and taking investment from China,” he says. “China is a rising force in technology worldwide, and no matter how much you wish them away, forget about it. You ignore China at your peril.”

Joshua Mitnick is a Tel Aviv-based writer. He can be reached at joshmitnick@gmail.com and on Twitter at @joshmitnick.