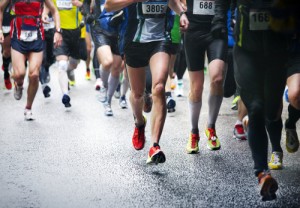 It’s cause for celebration, if only a little. According to the newest data out of Cambridge Associates, U.S. private equity and venture capital funds bested public equities in the fourth quarter of last year, returning 3.5% and 1.2%, respectively. The Dow Jones Industrial Average, the Nasdaq, the Russell 2000, and the S&P 500 all showed negative returns in comparison.

It’s worth noting that public markets had a tougher road to hoe than usual, owing to that pesky “fiscal cliff” – a term coined by Federal Reserve Chairman Ben Bernanke to describe the more than $500 billion in tax increases and spending cuts that were scheduled to take effect on Jan. 1 of this year. (President Obama signed a bill to avert the “cliff” on Jan. 3.)

Indeed, as has long been the case, the strongest argument that PE and VC firms can make to LPs remains the long-term argument. According to Cambridge’s numbers, PE and VC firms slightly outperformed public indexes over the three-year period ending December 31, 2012. They also also outperformed, by a much larger margin, public indexes over the last 15-, 20-, and 25-year periods ending Dec. 31, 2012.