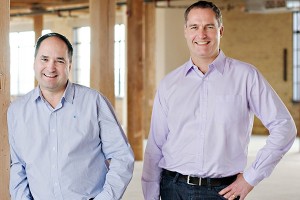 There’s no denying serial entrepreneurs are important to a thriving startup ecosystem.

Silicon Valley would not be what it is without a large and diverse pool of CEOs, CTOs and other entrepreneurial managers who have repeatedly founded venture-backed companies.

Some say that the Valley’s ability to churn out new generations of startups is in large part based on the predilection of some entrepreneurs to always try launching a new startup. Due to their activity, new ventures benefit from market experience and the lessons learned from past successes and failures.

A 2009 Harvard Business School study gives weight to this argument. All things being equal, it found that repeat founders show “performance persistence.” Track records create an aptitude for judging opportunities and turning them into high-growth enterprises. And previous wins instill confidence in backers.

Likewise, there is evidence that serial entrepreneurs have substantially grown their presence in Canadian innovation hubs since the tech boom of the 1990s—especially in IT sectors. Several, in fact, are responsible for some of the hottest venture-backed companies to recently emerge.

And if repeat founders do in fact show “performance persistence,” they might also be impacting the bottom lines of VCs.

One can trace the rise of the Canadian serial entrepreneur in the portfolios of some of our most established venture capital firms. For instance, the portfolio evolution of Celtic House Venture Partners, a 20-year-old media communications technology investor, is illustrative of the trend.

While Celtic House sources deals with a mix of repeat and first-time teams, it has enjoyed particular success with the former. Not surprisingly then, repeat founders are part of many of the firm’s recent deals.

Morin was co-founder and CTO of PixStream, a digital video-focused hardware and software company. Formed in 1996, it received several rounds of financing from Celtic House and other VCs before it was bought in 2000 by Cisco Systems for more than $550 million—at the time, one of the largest Canadian tech acquisitions on record.

Morin’s next startup was broadband equipment provider Sandvine. Launched in 2001 with funding from Celtic House and others, Sandvine did in 2006 what few of its Canadian technology peers even contemplated in that period—it went public, raising $40 million on the Toronto Stock Exchange. It continues to do well, reporting strong earnings in the past several quarters and boasts a market cap of more than $500 million.

Auvik is the fourth Waterloo-based startup that Morin has helped build from the ground up. The art of serial entrepreneurship is “not just about repeating,” he said in an interview with peHUB Canada.

“For me, the most important thing is expanding experience, being bold with big ideas, and being able to choose what it is I want to build,” he said. “Experience is, along with skill and good luck, always worth something. It helps you read the tea leaves and anticipate emerging trends in technology, society and the environment.”

Auvik is currently moving from product testing and customer validation to sales and marketing, which should begin in earnest later this year. As things progress, Morin said he is glad for the continuing support of Celtic House.

“We lucked out in our relationship with Celtic House,” he said. “They have an approach that is quite complementary to ours. That’s very important because teams and team dynamics are key to early-stage ventures.”

“Repeat founders … bring their cumulative experience and entrepreneurial drive to every opportunity.”

The feeling is reciprocated at Celtic House. “We view ourselves as co-architects of startups with founders,” said Tomas Valis, a Celtic House partner since 1996. “Repeat founders such as Marc bring their cumulative experience and entrepreneurial drive to every opportunity.”

Valis said Celtic House typically whiteboards startup opportunities for up to 10 months. There is never any guarantee about how the process will turn out, but there is always “a much higher degree of trust when you are working with people who have done several successful tours of duty.”

Valis does not discount the energy and vision of novice entrepreneurs. “I’ve met a lot of impressive first-time CEOs,” he said. “Look at Shopify’s Tobias Lütke and Thalmic Labs’ Stephen Lake.”

Fresh collaborations with repeat founders have nonetheless been an increasingly vital piece of Celtic House’s investment strategy. Along with Morin’s Auvik, the firm in 2013 led the $4 million Series A financing of Ottawa networking hardware provider Corsa Technology, led by Bruce Gregory, the former CEO of Extreme Packet Devices. A semiconductor company seeded by Celtic House, Extreme Packet was only one-year-old when it was bought in 2000 by PMC-Sierra for $600 million.

By leveraging relationships with past partners, such as Morin and Gregory, and scouting experienced talent elsewhere in its space, Celtic House’s portfolio has over time reflected more companies driven by serial entrepreneurs. Partner David Adderley estimated that the portfolio share for repeat founders has risen from roughly 25 percent of Celtic House Venture Partners Fund II to 75 percent of the firm’s latest partnership, Fund IV.

“We believe that Celtic House has gained a clear, competitive advantage by applying the Silicon Valley definition of a repeat entrepreneur,” said Adderley. “This approach has brought capital efficiency and risk mitigation to our deals, and ensured that portfolio companies are more focused, better resourced and better able to achieve rapid progress.”

Celtic House was itself launched by one of Canada’s most celebrated serial entrepreneurs—Terry Matthews, the founder of Mitel Networks and Newbridge Networks, and the current chairman of Wesley Clover International.

“We believe that Celtic House has gained a clear, competitive advantage by applying the Silicon Valley definition of a repeat entrepreneur.”

Matthews is no longer an investor in Celtic House, following a buyout by Adderley, Valis and other partners in 2001, but the firm’s investment pros think his spirit lives on in their work. “The values of Celtic House were defined by Terry,” Valis said.

Kirk Falconer is director of private equity research at Thomson Reuters in Ottawa. A version of this story also appeared on affiliate website peHUB Canada.