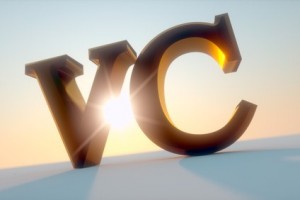 The Canadian Venture Capital & Private Equity Association (CVCA) and Thomson Reuters will publish their reports on Canadian venture capital market activity from 2015 in the coming weeks. PE Hub Canada has in the meantime compiled a list of the likely top 10 (disclosed) financings completed in the past year.

Lightspeed, a cloud point-of-sale platform designed for retailers, accounted for 2015’s largest venture deal in Canada, securing $80 million in a Series C round in September. It was co-led by Caisse de dépôt et placement du Québec and Investissement Québec, and was joined by the company’s existing investors Accel Partners and iNovia Capital.

Kik Interactive raised about $65.4 million (US$50 million) in August from China’s Tencent Holdings, a deal that valued the mobile messaging startup at more than US$1 billion, Reuters reported. It added to the $38.3 million Series C funding of November 2014. That round was led by U.S.-based venture firm Valiant Capital Partners.

Drone maker Aeryon Labs closed its first major financing in October. It received $60 million from Summit Partners, a U.S.-based venture firm. The company specializes in drones for military reconnaissance and public safety uses, as well as drones for commercial uses, such as inspection of power lines.

Real Matters, a cloud-based provider of property intelligence to mortgage and insurance markets, obtained $60 million in follow-on funding in May. The round was co-led by Whitecap Venture Partners. Real Matters at the time announced its buy of Southwest Financial Services. The company’s other investors include Radar Ventures and Wellington Financial.

Ethoca closed a minority equity investment of about $58.2 million (US$45 million) in July. The deal was led by Spectrum Equity, a U.S. growth equity firm. Ethoca, which provides credit card acceptance and fraud prevention solutions, was previously funded by Difference Capital Financial.

Publicly listed Resverlogix completed a private placement deal in July that gave it $50 million in proceeds. China’s Shenzhen Hepalink Pharmaceutical and Eastern Capital accounted for the funding. A developer of treatments for cardiovascular disease and other conditions, Resverlogix is also backed by U.S.-based venture firm NGN Capital.

Benevity secured $38 million in a Series A financing in July. The deal was led by JMI Equity, a U.S.-based growth equity firm. The company specializes in software products that facilitate workplace giving and volunteer management.

Coveo Solutions, a provider of intelligent search apps for enterprises, took $35 million in Series D funding in November. The round was led by Investissement Québec, and was joined by the company’s existing investors. They include Tandem Expansion Fund, BDC Capital, Propulsion Ventures and Fonds de solidarité FTQ.