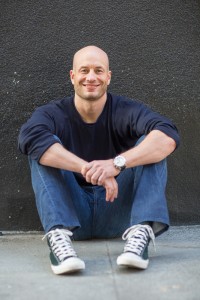 These days, very few VCs remain in denial. Jeff Fagnan, a partner at Atlas Venture, says many venture firms are now hiring associates to scour the sites—including Kickstarter, Indiegogo, AngelsList, and dozens more—to identify the people and projects they should connect with.

“We personally troll Kickstarter to understand thematically what is happening on that platform and to help us gauge what is going on in certain market spaces,” he says.

Another thing Fagnan likes about crowdfunding platforms is that they broaden the universe of where entrepreneurship and innovation happens. He says that too often VCs get stuck in their silos of Boston, New York, Seattle and Silicon Valley.

“If you look at the crowdfunding platforms, the ideas really come from all over the place,” says Fagnan, who is an early investor in AngelList, a popular service that matches startups with accredited angel investors.

“We’ve invested in startups in Vancouver, Louisville, Miami, not your traditional hotbed VC markets,” he says. “These are companies we sourced via AngelList.”

For example, one company he discovered was PowerInbox, a next-generation email developer based in Orlando, Fla., that he met them through AngelList and relocated them to Silicon Valley.

AngelList, along with a host of competitors, is currently rolling out a new equity-based crowdfunding platform called AngelList Invest that will make it easier for everyone—including the average Joe— to place some pocket change on a startup and actually get a piece of the ownership.