The benefits of bolstering collaboration between the UK and US venture markets are numerous, according to the Lord Mayor of London, and he believes fintech is a good place to start.

William Russell, the current and 692nd Lord Mayor of London, has been busy. He’s been flying to Silicon Valley with British companies looking to spark relationships and investments between the two venture markets.

Fintech in particular, is an industry that the he thinks the two markets should partner on because the UK has a robust environment for fintech companies to blossom.

“The reason why fintech has done so well in the UK is that we have a regulator that understands this space, the Finance Conduct Authority,” Russell said. “In America there are different regulators for each space. It has made it complicated for some of these fintech companies to get traction.”

The Finance Conduct Authority is a government organization that regulates finance markets across of the UK to make sure they are fair and effective for businesses and consumers.

Russell said that while there isn’t a lack of funding for these companies, US investors would be keen to look into this hearty ecosystem which offers a lot of attractive opportunities for investors in Series A through C rounds.

More than $5.3 billion was invested into UK fintech companies in 2019, according to recent data from Tech Nation and Dealroom.co.

He also added that US investors can also bring their expertise in technology to UK fintech companies.

A couple of the London startups gaining traction are Soldo, a multi-user expense tracker, which raised a $61 million Series B round last summer. And Wagestream, a services provider that allows users to stream their earned wages, and which has raised £59.5 million ($77.9 million) over the last two years.

“There is a huge amount of expertise in the VC world and the tech world in America,” Russell said. “I think that was something that we thought was very promising.”

He said that these increased relationships may also help increase LP activity on both sides. Canadian LPs have been much more active in the UK market than US LPs. UK LPs haven’t fully warmed up to venture yet, as the Venture Capital Journal previously reported.

Russell added that investors who may be wary on the region right now because of Brexit have nothing to fear because the market looks stable in the longrun.

He said that as Brexit continues to unfold there will only be more clarity of what the separation, and future potential trade deal, will look like. He also added that more money than ever entered the market after post referendum.

With government officials looking at a strategy for the market five years from now, he thinks that it might be beneficial for U.S. venture lenders to as well.

“It’s bringing the ecosystem together, the Silicon Valley tech VCs and what we have here,” Russell said. “Hopefully it will lead to investments both ways and helping these companies thrive.” 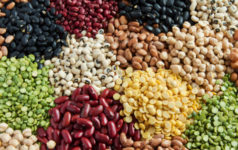