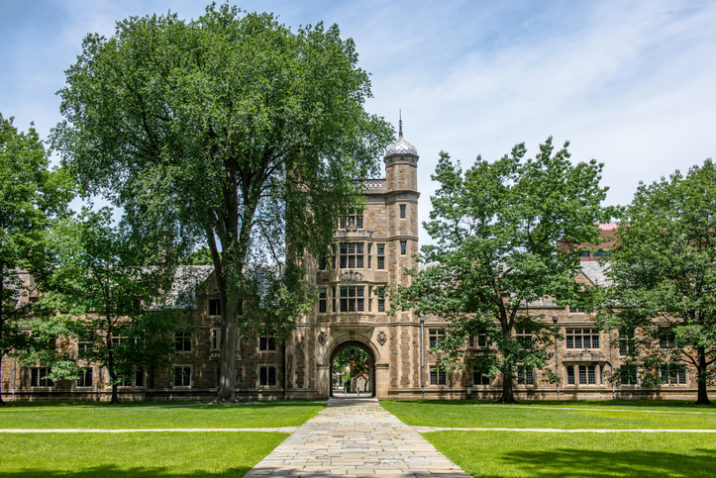 The University of Michigan Board of Regents announced another venture investment from 2019, bringing its total of VC commitments last year to $359.5 million.

The Midwestern university system announced a $10 million commitment to an Anduin Opportunities special purpose vehicle, which is managed by San Francisco-based 8VC. The capital was invested in July 2019, but announced in a board document from the endowment’s May meeting.

The endowment stated that the $10 million commitment was to “two Anduin Opportunities SPV II, L.P.” When asked numerous times to elaborate if there were two commitments to the same SPV, or multiple funds involved, a spokesperson from the endowment said they were unable to clarify.

The named SPV was launched in May 2019 with an undisclosed target. The SPV was to invest in early-stage venture opportunities with a focus on the nexus of life sciences and IT as well as the “smart enterprise” sector, according to the UM board documents.

This is an existing relationship for the endowment. The board of regents previously made a $40 million commitment to 8VC Fund II, which closed on $640 million in 2018. 8VC, which was a backer of Guardant Health before it went public, is currently in registration to raise $640 million for its third fund.

Overall, the endowment invested about $359.7 million into venture in 2019 across at least 12 managers and more than 15 vehicles. The firm committed to many US-focused managers, such as Bain Capital Ventures and General Catalyst, and it committed to multiple global players.

So far in 2020, the firm has made one $10 million commitment to Miracle Plus Fund I. The Beijing-based firm will invest in early-stage tech companies through the manager’s accelerator program.

Venture makes up 20.3 percent of the endowment’s long-term portfolio, which also includes asset classes like fixed income, real estate and private equity, at the end of Q1.

The VC portfolio is currently worth about $2.5 billion and makes up about 13 percent of the overall endowment portfolio.

The University of Michigan Board of Regents governs the Ann Arbor-based education system with more than 40,000 students. The endowment has about $19 billion in assets under management.