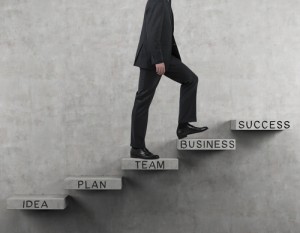 Silicon Valley venture capitalists continued their exuberant ways in the second quarter with up rounds and deal valuations rising at record rates, according to a Fenwick & West survey.

A total of 80 percent of startups raising money during the quarter received up rounds and only 6 percent down rounds, the widest gap ever recorded in the 12 years of the Fenwick & West quarterly report of venture activity in the valley.

At the same time, the average private company share involved in the financing rose 113 percent, the largest increase in the 10 years the law firm has charted valuations.

“I think we’re seeing some large bets on a select group of companies that investors feel have a reasonable chance to really disrupt their industries, or create new ones,” said survey co-author Barry Kramer, a partner at the firm. “It’s ‘winner take all.’”

The law firm’s survey looked at 174 valley-based technology and life sciences companies that raised money during the quarter. Here’s the firm’s Q1 survey.

The results mirror overall venture investment activity. During the second quarter, VCs across the country invested $13 billion, an 81 percent rise from the same quarter a year earlier, according to the MoneyTree Report.

Despite this, Kramer said he didn’t see a technology investment bubble. The number of venture financings, IPOs and M&A deals is not especially high, and a bubble needs large volumes, not just high prices, he said.

“I don’t believe that we are seeing ‘irrational exuberance,’” he said.