Still, the June 30 mark was the second-highest month-ending total this year for the PVCI.

At the end of June, the PVCI was comprised of 434 companies. Of the stocks tracked, 195 advanced in value during the month while 239 declined. The number of companies in the index rises and falls, depending on new issues or as the companies fold or are acquired. Also, companies remain in the index for only 10 years.

A total of 52 of the advancing stocks in June were in computer software and services and 30 were biotech. The largest group of decliners was also in the biotech sector, with 54.

Facebook continued to rank as the company with top market value, as of June 30. 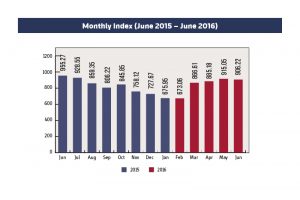 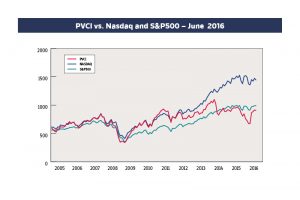