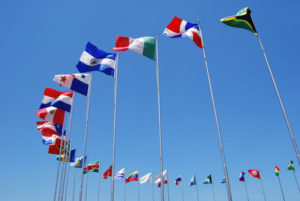 A decade ago, several Latin American startups were locked out of the ecosystem. There were few VCs, and funding was scarce in the region.

Today, following years of success cases, a broader VC presence, and VC funds’ that have ballooned in size with funding rounds as high as $1 billion, the ecosystem has matured significantly.

But, is this really enough?

The uneven distribution of venture capital is natural, but its consequences are a threat to holding back world-changing innovation. Fortune 100 companies understand the world is being disrupted from many directions, but they don’t know where from. I am certain many Latin American companies still fail each year because of their inability to access capital.

Venture capital is not only about picking the right companies, writing checks and selling the investments off when they’ve ripened, and making a lot of money in the process (hopefully).

It is also about building innovation, fueling progress and challenging the status quo by investing in people. As much time that it takes to make money with tech companies (though I love when this common thought is challenged), investing in people and teams takes longer.

There is a lot of behind-the-scenes mentorship, guidance, mistakes made that portfolio companies and investors learn from together, and a healthy dose of luck, before a unicorn is born.

It takes a lot of dedication and effort to build a strong VC industry. This feat takes years of education, training, and many smart entrepreneurs and investors working together to inspire an ecosystem.

Multiplying experiences and knowledge, and bringing them together to create both community and serendipity, are common characteristics in all innovation hubs within countries that have created a rich, impactful VC environment. For example, California’s Silicon Valley, and corresponding ecosystems in China and Israel, have all benefited from a purposeful and significant amount of passionate people willing to invest their own time in developing people.

Similarly, organizations such as Endeavor Brazil, ABVCAP and LAVCA and, more importantly, many people who were part of the early years of the ecosystem construction in Latin America have made today’s booming investments in the region today possible. Difficulties were mapped, and dealt with through different action plans: model documents, mentoring, talking to governmental authorities, engaging with startups and founders were all part of the day-to-day agenda of many general partners, counsels, investment managers who worked collaboratively for the growth of a virtuous thread of knowledge in the ecosystem.

We should praise these older vintages of venture capital in Latin America for their long-term impact on the ecosystem.

It is hard to know how VC firms will be structured in the future, but the chances that  it will disconnect from this basic principle are unlikely. Investing in people is key to an ecosystem’s success.

So, let’s keep gathering our forces and work together to keep the VC industry and tech ecosystem in Latin America advancing. Helping to empower the best entrepreneurs to achieve more is a role that each one of us should undertake. In a successful venture ecosystem, actions are not isolated; they are part of a broader community.

However, it is important to ask: Are we investing enough time to build the future?