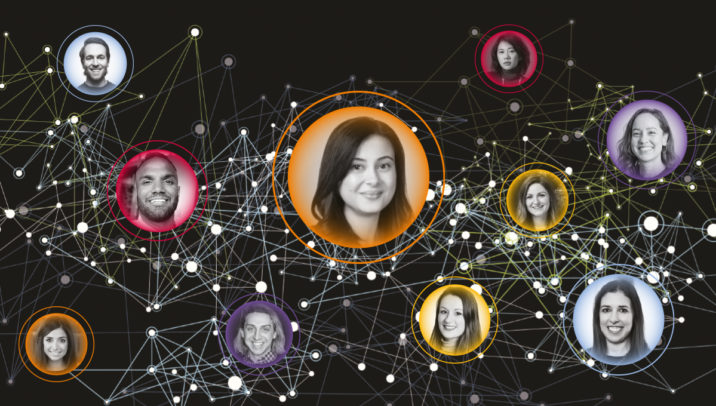 The demographics of this year’s Rising Stars list are pretty similar to last year’s, although that wasn’t the result of a deliberate effort on the part of our editors. This year’s list is made up of 22 women and 18 men, compared with 24 women and 16 men on our 2022 version. The average age edged up slightly from closer to 33 last year to closer to 34 this year. The youngest person on the list is 26, two years older than the youngest person on last year’s list.

We did make a conscious decision to make this year’s list more international, although we didn’t work toward a specific ratio. We are pleased to report that a dozen folks outside of the US made the final cut, up from just eight last year. Our international stars hail from Canada, France, Morocco, Singapore, South Africa and the UK.

When considering the US, we attempted to recognize more top performers outside of California, since the innovation economy is rapidly expanding beyond Silicon Valley. A total of 15 people on this year’s list call California home, down from 19 last year. Casting a wider net allowed us to celebrate more talent in non-traditional locales, including Kareem Dabbagh of VoLo Earth Ventures in Colorado, Lauren Usher of Gener8or in Wisconsin and Jonathan Rosenbaum, who works in the Atlanta office of Insight Partners.

In the past four years, our Rising Stars have exemplified many proficiencies besides fundraising and LP relationship management. This year, we included six platform/talent stars, up from just two last year, recognizing the less vaunted work that contributes to VC firms’ success. Becoming familiar with each of our choices – and the skill sets and passions each person brings to the table – provides a sense of where the VC industry is headed.

Some of this year’s stars were singled out for their efforts to help guide portfolio companies to lucrative exits during a year when M&A deals and IPOs were hard to come by. Others were given credit for helping their firms establish markets in new geographies and new verticals, like Aki Jiang at World Innovation Lab.

Some caught our eye for the work they do in supporting portfolio companies’ sustainability efforts, like Antler’s Rosalind Bazany. Others, like Maria Buitron at Piva Capital, got a nod in part for their dedication to mentoring community members from under-represented demographic groups.

As was the case with our first list in 2020, we struggled to choose just 40 professionals out of more than 200 candidates. All are worthy of recognition.

We hope you find inspiration in reading about this year’s Rising Stars and decide to follow up and add some to your networks. They are sure to be making a difference as VC continues to evolve. 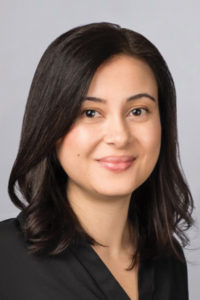 Olteanu, who helped NASA design a space station while in high school, joined San Francisco’s SignalFire in December 2020. She has since become a leader in the developer tool space, with recent investments including in Explosion, which makes developer tools for AI and natural language processing, and Kurtosis, which makes crypto-focused developer tools. With a master’s degree in computer science, focused on machine-to-machine platforms, Olteanu leads due diligence for many of SignalFire’s investments. She also started ShesReady2.dev, a community that offers access to technical jobs, compensation benchmarks and mentorship for women. 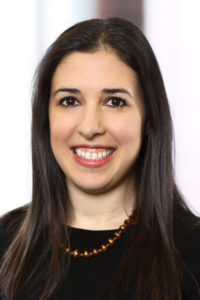 Primor joined law firm Mintz as an associate in 2016 and was promoted to member in January 2022, serving as an expert adviser on fund formation. Based in the New York office, she advised cybersecurity venture firm SYN Ventures on the closing of its first two funds, which raised a combined $500 million, advised Alpha Partners on the formation of its third fund and associated special purpose and co-investment vehicles, and advised ClearSky on the formation of its $300 million ClearSky Security Fund I and its second venture capital fund. Primor also provides clients’ management teams with advice on day-to-day business needs. 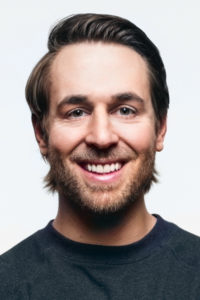 Rosenbaum, whose nickname is Rosie, joined Insight in 2014 and was promoted to partner in early 2022. Based in the firm’s Atlanta office, Rosenbaum specializes in application software investments. He has deployed more than $2.5 billion and has had eight exits to date, including the IPOs of DocuSign (2018) and nCino (2020) and the sale of Frontline Education to Thoma Bravo in October, which valued Frontline at $3.7 billion. In the past 12 months, Rosenbaum has been involved in 25 investments, including Genesis Global’s $200 million Series C, Rudderstack’s $56 million Series B and Socotra’s $50 million Series C. 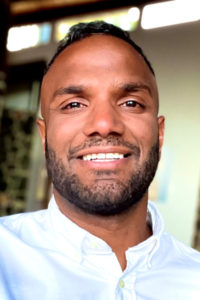 Stokes founded Chasing Rainbows in 2021 to make early-stage investments in under-represented LGBTQ+ founders. In the past 12 months, he has invested in six LGBTQ+ companies as an angel investor and launched a 12-week founder readiness program targeting trans and non-binary founders. Based in San Francisco, Stokes works closely with StartOut, a non-profit organization serving the LGBTQ+ community, and he has helped more than 250 emerging LGBTQ+ investors learn about term sheets, how to approach LPs and best practices in due diligence via monthly sessions with strategic partners. 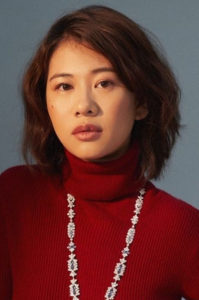 Since Sun co-founded SoGal in 2017, the firm has invested in more than 45 women- and diverse-led companies outside of Silicon Valley. Based in Vancouver, Sun has led fundraising efforts for the firm’s second fund, which held a partial close on $15.35 million in December, according to a regulatory filing. Sun is also co-president of SoGal Foundation, a New York-based non-profit that provides grassroots communities, education and access to women and minority founders in more than 50 cities on six continents. She is frequently invited to speak to major companies such as Coca Cola, Credit Suisse and Ogilvy, as well as top tech conferences, including the Microsoft CEO Summit. 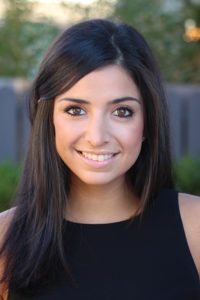 As VP of global start-up and venture partnerships, Tharani leads Mastercard’s venture program and manages a portfolio of more than 350 start-ups in 42 countries. In her role, she oversees fintech companies operating across cryptocurrency and digital assets, open banking, financial inclusion and small business innovation. Based in New York, Tharani has grown the team from one platform to a full suite of programs building strategic solutions. Most recently, she helped launch a small business program funding Black founders. Tharani is a frequent contributor and speaker on the fintech ecosystem and on promoting women in fintech. 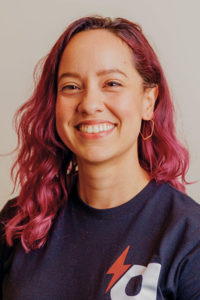 Usher joined Gener8tor, a start-up accelerator in Madison, Wisconsin, in 2019 after a decade of working in psychological research studying the factors that affect interpersonal relationships. Since being promoted to vice-president of the gBETA accelerator in July 2022, she has supported more than 36 cohorts and more than 170 start-ups, recently surpassing $500 million in follow-on financing for gBETA alumni. Usher leads the accelerator cohorts through hands-on support and professional development, hosting mentor meetings, cohort interviews and several educational lunches. She is also a key member of firm’s DE&I efforts, having established relationships that led to multiple partnerships with organizations including Nehemiah, a body that supports African American community members in Madison, Wisconsin. 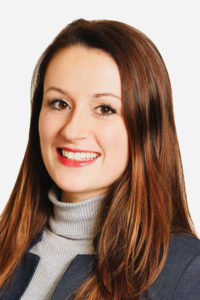 Wardle co-founded Synthesis in 2021 and helped the London firm close on more than $300 million for its debut fund last May. Focusing on food technology, Synthesis has invested in several firms, including Culture Biosciences, Perfect Day, Redefine Meat and Upside Foods. Wardle acts as an adviser to several NGO and governmental initiatives in the alternative protein space, including XPRIZE and Feed the Next Billion. She speaks at industry events around women in private equity and venture capital, most recently at the PEI Impact Investor Global Summit, Future Food Tech and the UN Science Summit Alternative Protein Panel. 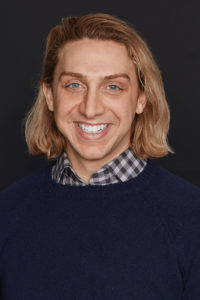 Wolf is chief operating officer at AF Ventures, a women-led firm investing in companies that make food, beverages and other consumer goods. He joined the New York firm in 2015 as accelerator co-ordinator and was promoted twice before being named COO in 2021. Wolf manages the fund’s daily operations and heads its AF platform, which delivers value-add services to support AF’s portfolio companies, founders and management teams. For example, Wolf developed formal programming for portfolio companies led by industry experts on topics such as public market acquisitions, supply chains and sales/marketing. In response to covid, Wolf managed enhanced programming (32 virtual events) to support the portfolio. 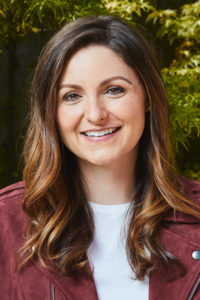 Zulkosky co-founded fund-of-funds manager Recast in 2020, with the mission of investing in under-represented emerging VC managers. The firm is targeting $100 million for its inaugural fund, according to a regulatory filing. Based in Washington, DC, Zulkosky was previously a venture partner at fund of funds Greenspring Associates. At Recast, she has been instrumental in developing and launching Recast’s tuition-free, virtual education platform that provides emerging managers with a structured curriculum led by seasoned GPs, LPs and service providers. The program was designed to assist founders outside of the ones that Recast can invest in and recently launched its fifth cohort. Of the 65 funds the program has worked with, 82 percent have included at least one GP who identifies as a woman or non-binary and 57 percent have included at least one GP of color.