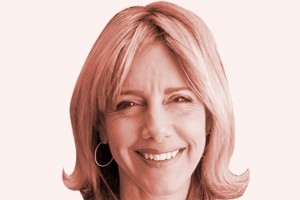 Reed will start at MPM on Oct. 1, said Gadicke, who is a managing director at MPM. Her role will include legal duties related to the general partner, as well as helping with legal work involving startups, Gadicke said. “She will be significantly involved in starting new companies.”

MPM has been in the market raising its sixth fund targeting $380 million, according to a May filing with the U.S. Securities and Exchange Commission. MPM Bioventures 2014 is approaching the end of fundraising, according to a market source.

Reed worked at Charles River from 2000 to 2008, and then rejoined the firm in 2009. In between, she worked a stint at the law firm Lowenstein Sandler in its tech group, according to her LinkedIn profile.

“Sarah’s work as the founder and chair of the NVCA’s Model Legal Documents Project has firmly established her as one of the thought leaders in executing venture deals and has changed the way venture deals are done across the country,” Edward Zimmerman, chairman of Lowenstein Sandler’s tech group, said in a statement when the law firm hired Reed.

Early stage-focused Charles River, meanwhile, has not named a direct replacement for Reed, a spokeswoman for the firm said. The firm closed its 16th venture capital fund in June on $393 million, according to a filing with the SEC.

Chris Witkowsky is editor of peHUB.