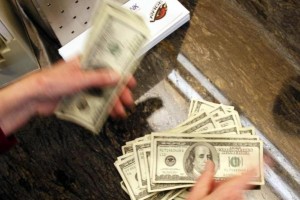 Last year was a big one for venture capital seed activity.

Deal volume rose solidly from 2012 and dollars going to seed companies hit a four-year high, according to CB Insights, which included the data in an annual investment report released late last month.

The report found a surge of activity in the second half of the year, with 29% of venture deals in the United States involving seed companies. The year saw the most seed deal activity from venture capitalists since 2009.

This is not a surprise given the proliferation of micro VC firms, some with larger funds, and the interest more traditional firms have shown in young companies, at least until recently.

It also leaves open the question of how long the so-called Series A crunch will last, given that many of these companies will likely want a new round of funding in a year or so.

Dollars going to companies added up to $893 million, an increase of 22% from 2012, signaling a strong rise in average round size.