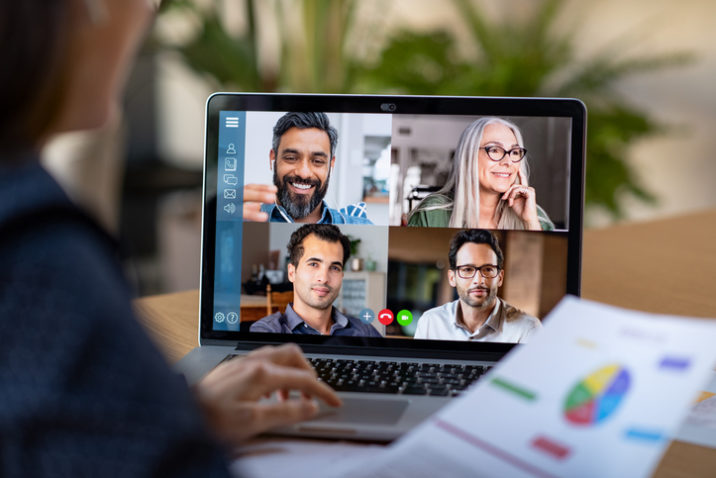 In late July, Viola Ventures invested in a €12 million Series B funding of Berlin-based Candis, which provides automated financial software for small and mid-sized businesses. The firm led the deal with Rabo Frontier Ventures and existing investors, including Lightspeed Venture Partners and Point Nine Capital, among others.

Viola Ventures partner Omry Ben David called the deal exciting because the fintech company is looking to expand in the untapped small business market of Europe. Ben David has joined the board as part of the round.

All in all, seems like an ordinary venture deal.

But these are not ordinary times.

Viola Ventures invested in Candis without meeting the founders face-to-face, as a result of the covid-19 pandemic. From initial meeting to term sheet, the entire deal for Viola Ventures was conducted virtually.

Just five months ago, the notion of never meeting a founder in person would have been sacrosanct to many investors. Anecdotally, however, more firms are finding ways to finalize deals while working from home and not traveling due to the lockdown.

Although VCs have used virtual data rooms to warehouse financial data, there’s a new reality now for how investors are meeting prospective investments, receiving pitches and making final decisions, all virtually in a covid-19 world.

Ben David calls it “a new operational model” for VCs.

“The depth of due diligence on Candis was the same as before [covid-19],” Ben David said. “But instead of traveling to meet and talk to customers, we did it all over Zoom.”

Ben David said he works out of the Tel Aviv office of Viola Ventures. Limited travel is available, but restrictions are in place. Masks and six feet of social distancing, or two meters in Israel, are standard.

He said the Candis deal came into the firm via its source network. He added that although tools like Zoom make it possible to connect online with anyone, what’s missing from virtual due diligence is the ability to “spend time in the company’s office, see the culture, feel the ambience.”

“Before making an investment, I liked to spend time with the entrepreneur in different settings and see the nuances of the relationship,” he said.

While Viola Ventures wasn’t able to visit the company, Ben David said they made a lot of calls to customers to get a sense of the value of the product.

Conducting more reference calls is one of the keys to making virtual deals work, according to investors.

Even in normal times, though, venture investing is a risky business.

In July, the Securities and Exchange Commission charged YouPlus and its CEO/founder with defrauding investors by making false and misleading statements about the company’s financial projections and customers. YouPlus, which uses machine learning to provide customer insights from online videos, raised about $11 million from investors from the CEO allegedly making false claims to VCs, according to the SEC complaint.

VCs are always cautious of making the right decision. At Telstra Ventures in San Francisco, the firm made six deals in the first half of the year. To ensure it was making the right investment choices, Telstra managing director Mark Sherman said his team stepped up the amount of reference checks.

In early August, Telstra led an investment in edtech company Springboard, which raised $31 million in a Series B round. Sherman said the firm was tracking the sector and got in touch with the entrepreneur, virtually, through returning investor Costanoa Ventures.

In addition to video calls, Sherman said he met co-founder and CEO Gautam Tambay in person for a social distance coffee meeting. Sherman referred to the start-up entrepreneur as a “lighthouse guy,” which he explained to mean “he’s a strong founder and a beacon for goodness.”

Springboard’s office in San Francisco is only two blocks from Telstra on Market Street. But instead of taking short walks over to meet with the company’s employees, Sherman said he also talked with Tambay “a ton over Zoom to get a sense of the person.” The firm, normally, would also meet with customers and other investors.

“We probably did more due diligence on this company than pre-pandemic, and it was all virtual,” Sherman said. “I’m guessing we made 50 percent more calls than normal.”

At Menlo Ventures, partner Venky Ganesan said the firm has done about five deals since mid-March, which he said is on par with its pace during the same time last year. Although the due diligence on each deal was conducted virtually, he said someone at Menlo met or knew one of the founders in each company since before the pandemic. So there was already some in-person familiarity with each company. That prior knowledge helped to finalize the deals, along with Zoom meetings and social distancing walks, if necessary, he said.

But Ganesan wonders if the virtual deal phenomenon is sustainable long-term.

“Working from home, we can schedule a lot more calls than traveling to meet people in person, but it’s harder on Zoom,” he said. “I see a lot more mental fatigue as a result of having so many Zoom calls.”

An enterprise-focused VC expressed similar misgivings about doing virtual deals. This undisclosed investor didn’t think many of the Zoom investments being made would pan out. His point was that an entrepreneur-investor relationship is like a marriage and requires trust, and “developing trust is what happens in those moments when you’re not on Zoom, but are in the same room.”

Still, Ganesan said the current times are creating some good habits that may stick around in a post-pandemic world, such as cutting down on in-person board meetings and having the ability to invest in other geographies without having partners on the ground there.

The benefits of virtual meetings

William Taranto, president of Merck Global Health Innovation Fund, said the biggest change for the corporate VC is getting to know the people he invests in.

Since mid-March, the firm has made five new deals. He said they’ve also made a lot more reference checks than the firm normally would have before the pandemic escalated.

Since his team is investing at the Series C and later stages, companies typically have a product to show. Whereas it’s easy to get a demo of software online, it’s more problematic to visit the floor of a manufacturing plant while in lockdown.

“It’s become harder, so we’ve asked companies to ship us products,” he said. “Definitely, there’s a modicum of trust involved, and you have to partly go with your gut feeling that what you are seeing and hearing is real.”

Taranto said the firm is also making extra calls with management teams and board members as it conducts due diligence.

On the plus side, Taranto said the team has gone from spending about 75 percent of their time traveling to zero. And they’ve told the corporate giant Merck & Co they don’t need office space anymore. He said they’ve learned to conduct board meetings virtually, and he doesn’t anticipate ever having to travel so much again. As he puts it, no more “10 hours of travel time in airplanes and cabs just for a two-hour meeting.”

“Our calendars are way more open to meet entrepreneurs and other investors,” he said. “And meetings all start on time.

In Newark, NJ, Allison Williams is accustomed to working closely with seed-stage start-ups and the coronavirus has put a halt to that.

Williams is director of NVP Labs, the pre-seed arm of Newark Venture Partners. The firm closed its doors in mid-March and they’re working on a possible re-opening date. In the meantime, the firm has jumped full on into video conferencing.

“It’s easier to get people together that way,” she says.

NVP Labs normally makes 20 seed investments a year, with 10 in the spring and 10 in the fall. Williams is currently in sourcing mode, filling the fall class with 10 companies, which are each funded with $100,000 by the firm as its first investment before any institutional funding.

The firm used to fly in founders to meet them in person. But now they meet with Williams and others at NVP virtually. She admits that she’s still learning how to conduct Zoom meetings and use breakout rooms to get to know founders.

Williams said the firm is keeping a close eye on telehealth deals, the supply chain and podcast technology, areas that she says are seeing a boost as a result of covid-19. She adds that she’s looking at a strong pipeline of deals, and she doesn’t anticipate setbacks in getting a fall class ready by September 21.

“So much work is being done virtually, with reference checks and other due diligence,” Williams said. “The venture business is still getting done.”