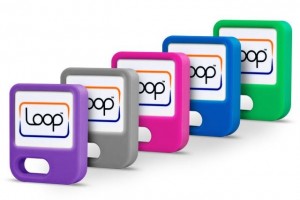 The onerous task of actually taking out your debit or credit cards to pay for items may soon disappear.

Burlington, Massachusetts-based LoopPay, which provides technology that stores debit, credit, loyalty and gift cards on mobile devices, revealed this week that Visa Inc has made a strategic investment. Visa took part in LoopPay’s B round of funding that was announced earlier this month. Synchrony Financial, the former GE Capital Retail Finance, also participated.

The LoopPay B round is expected to raise $20 million to $30 million, CEO Will Graylin told peHUB. The company collected another $12 million with its seed round late last year, he said. “Life is very exciting right now at Loop,” Graylin said. “We have a lot of major financial institutions that are excited about what we’re bringing.”

The B round isn’t closed yet; LoopPay is waiting on some undisclosed institutional investors, Graylin said. “We have some other folks that we haven’t made public,” he said. “You’ll probably hear something coming out in next few weeks.”

Using LoopPay isn’t cheap. Users first download a LoopWallet app that is free. Then, they order a fob or a device called a ChargeCase and use either to swipe cards onto the LoopWallet and store the data. The fob, which attaches to a mobile phone or a keychain, costs $39. The ChargeCase is $99 but promises to extend the battery life of an iPhone, according to the LoopPay website.

“That’s our starting point,” Graylin said of the LoopPay devices. “We will be coming out with products that are more cost effective, lighter and sleeker. Those products are on their way.” See a video on how to use LoopPay.

Graylin, along with George Wallner, LoopPay’s chief technologist, founded the company in 2012. Graylin, who said he has put all of his credit and debit cards on his mobile phone, said LoopPay is secure. (Loop does allow you to store I.D.s but Graylin said he still carries around his driver’s license.) Cards stored with LoopPay are protected with a PIN and password, he said. “I don’t carry a wallet around anymore,” he told peHUB. “I’ve left all my cards behind.”

LoopPay also saves time. For a consumer, the ritual of buying items from a retailer typically involves putting a phone away, taking a credit/debit card out of wallet, swiping it and then returning it to the wallet. This takes about 18 to 22 seconds, he said. LoopPay cuts the effort down to just three seconds, Graylin said.

Photo of fobs courtesy of LoopPay