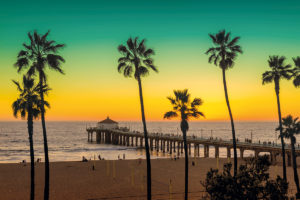 Venture is a tricky asset class. When you do well, you do really well, but a few bad investments can seriously hurt you in the long term. Two West Coast pensions discussed venture at their recent meetings in ways that illustrate this.

Take, for example, Los Angeles City Employees Retirement System, based on a report from TorreyCove, its private equity consultant: LACERS’ private equity portfolio isn’t that big, just $2 billion as of June 30, out of $17.7 billion in total market value. Venture made up 13.3 percent of that, or about $266 million.

None of these numbers are large in the world of private markets. But TorreyCove said even that was “near the higher end” of its recommended long-term target.

TorreyCove cited a McKinsey & Co report that had concerns about the dispersion of returns, the difficulty of accessing best-in-class managers, industry growth and worries about the cycle ending soon.

The long-term returns TorreyCove provided, intermingled with growth equity, declined slightly over time: 20 percent over one year, 14.1 percent over three years, 10.5 percent over five years and 11.2 percent over 10 years.

A TorreyCove staffer told the LACERS board that the lower long-term returns were specifically due to poor returns in late and multi-stage venture investments.

The tenor of the presentation was clear: move from venture and into buyouts, where you can get scale and the solid long-term returns that a pension needs.

Just up the road on Highway 5 in the state capital Sacramento, California Public Employees’ Retirement System had its own investment committee meeting in November. Venture came up there, too, but the context was totally different.

According to a Meketa Investment Group presentation, CalPERS’ venture returns told the same basic story of strong returns in the short-term but weaker in the long-term. They came in 16.9 percent over one year, 3.8 percent over three years, 3.2 percent over five years and 6.7 percent over 10 years.

CalPERS’ total venture allocation is only $550 million out of a $386.2 billion fund. Chief Investment Officer Ben Meng said CalPERS had been mostly out of venture for quite some time. He called the remaining allocation the “tail end” of previous investments.

Investment director Sarah Corr said it was tough for CalPERS to invest in venture funds at scale, as its average commitment is as big as most venture funds.

CalPERS commitments in fiscal 2018-2019 averaged about $370 million. The vast majority of venture funds raise less than $500 million, as opposed to buyouts funds that are often in the billions.

“We are trying to find ways to…get venture capital investment back in our portfolio,” Meng said. “But the fact we have been out of venture for so long, there is some catching up we need to do.”

What Meng might be referring to is the long-delayed CalPERS “Pillars III and IV,” two externally-managed funds with CalPERS as the sole LP.

Pillar III, also called “Innovation,” was slated to be a late-stage venture fund. CEO Marcie Frost reportedly told a conference audience in October that CalPERS was still looking for a venture manager for Pillar III.

Should CalPERS’ venture fund be in-house, the system will have no fees and would only pay the managers of the fund. Theoretically, that could solve the scaling issue and let CalPERS reap more of the rewards. That might be one hint of why the system seems a little more bullish on venture than TorreyCove.

But with Pillars III and IV both slated to be allotted $10 billion, that would mean Innovation would have a very different structure than most venture funds. That might be how it has to be.

This story first appeared in affiliate publication Buyouts. The author Justin Mitchell can be reached at jmitchell@buyoutsinsider.com.