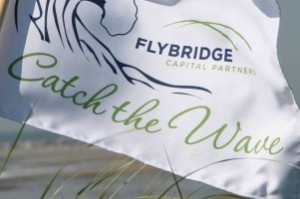 An interesting report from the law firm Cooley crossed my desk this week titled “Cooley Venture Financing Report” – ok, maybe not that interesting – but the report looked at their 2Q12 venture deals (n=82), so presumably a representative perspective on what is going on with valuations and, nearly as important, terms.

The two headline trends surprised me: valuations tended to be up and terms were balanced between company and investor. So now some of the data:

Valuations: Pre-money valuations for Series A, B, C and D+ rounds were $11, $40, $54 and $140 million, respectively. I am surprised at how high the Series A and B rounds were priced and at how low the Series C rounds were valued (and who knows what are in the Series D+ data so I will ignore those deals). Let me explain. Series A round sizes have been coming down over the last few years as companies can get by with raising less capital and given the crummy general economic conditions; therefore I expected valuations for Series A to be a fraction of the $11 million witnessed. If companies are raising ~$5 million in typical Series A rounds, this means that early investors are getting a 2+x mark-up’s in the Series B rounds and management is not suffering as much dilution (remember it is not how much you raise, but how much you own). Now Series B rounds tend to be $10 to $15 million in size, which implies that the C round valuations are basically flat to the B round. Arguably the risk profile of many Series A companies is not meaningfully different than that of a Series B company (lack of repeatable sustainable commercial proof points, maybe incomplete team, product development still work in progress, etc) – thus my surprise. Similar risk at very different valuations.

Terms:
I expected the pendulum to swing very much in the favor of investors for two reasons – capital is so scarce and with the bifurcation of the venture capital industry (large vs small firms), I expected to see more punitive terms come to the fore to drive syndicate alignment and good investor behavior as smaller, weaker VC’s run out of capacity (entrepreneurs – be very thoughtful about how you construct your investor syndicate). I had also expected to see more “financial engineering” introduced into term sheets so that VC’s could convince themselves of generating a reasonable return even in a modest outcome. I will highlight a couple of the more controversial terms and what Cooley saw in the 2Q12 data.

1. Liquidation Preference – Across all 82 deals in this cohort, 100% had <=1.0x liquidation preference which was very surprising to me. In a typical quarter we see 10-15% of all deals with preference greater than 1.0x, so while not a significant percent, it is always present.

2. Participation – Appeared to be more prevalent across all Series of rounds; in early rounds participation was present nearly 75% of the time and in later rounds, it was there around 55% of the time.

3. Recapitalizations – I had expected this phenomenon to be quite evident but in fact it was only in 12% of the Cooley deals (it had been between 6-8% for the previous five quarters. With the explosion of new company creation over the past few years, I thought we would see many tired syndicates looking for a fresh start.

4. Tranched Deals – For many of the same reasons as with recaps, I expected to see this be a very big number but it was only 15% of the time, and actually down from the typical 20-25% from prior quarters.

5. Pay-to-Play – This was probably the most surprising one for me. Only 18% of deals (and only with Series C) was this term present. This speaks directly to ensuring a strong supportive syndicate; if some investors stop supporting the company, there would be punitive ramifications. I had expected this to be closer to historic norms of 25 to 30% of deals.

Michael Greeley is a managing director with Flybridge Capital Partners. Opinions expressed here are entirely his own; to view this post please head here.