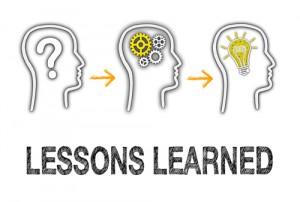 Whether it’s Uber transforming the taxi and limousine business or Airbnb shaking up hospitality, we have become used to upstarts disrupting traditional industries.

So, when Theranos pledged to overhaul phlebotomy a few years ago, few doubted that it would become a Silicon Valley darling.

The company, however, ran into trouble after The Wall Street Journal published an investigation that said it found Theranos was operating as little more than a traditional lab. The upshot was Theranos was having difficulty delivering. Its technical ambition exceeded its reach. Most recently, the Journal last month cited anonymous sources who said the company that it was under investigation by health regulators into its labratory and research practices.

Theranos may yet be onto something big. It’s been operating in secrecy, and says it is moving forward as planned. Its goal to disrupt the Quest Diagnostics and Labcorp duopoly is a worthy one, as the companies often charge indiscriminate and unreasonable amounts for lab tests. But it does point to the complexity of healthcare disruption, and the need for seed-stage and venture investors to know how to separate companies with the ability to ride the next wave from those that will wipe out because their research and regulatory hurdles in the healthcare sector.

Theranos isn’t the only startup to get tangled up in regulatory approvals. We saw a similar story when the FDA shut down 23andMe’s consumer health genetic testing service in 2013.

Bill Gurley, who has made successful bets on such companies as Zillow and Uber as a partner with San Francisco-based Benchmark, last year, said he looked at 100 ideas for investments in healthcare technology and had invested in none.

He noted structural distortions in the sector, such as subsidies, that nullify all ordinary assumptions of how market forces will work.

While it’s clear that technology is going to infiltrate and revolutionize healthcare, it may not be your typical Silicon Valley disruptor that is going to know how to operate in this unique and complex environment. That company will need “med cred,” too.

Perhaps central to Theranos’ woes is that building a great a startup requires singular focus.

And that’s part of the difficulty of trying to build a “bricks and clicks” model, something that might be the real solution in healthcare. You probably need to have built up something already in the healthcare field if you want to disrupt it.

That leads me to my final tip. In an industry that likes to talk about unicorns, healthcare startup investment involves finding a special kind of mythical beast: Someone who can manage to be both an insider and a disruptor.

Florence Comite, M.D., an endocrinologist, is the author of “Keep it Up,” a book about precision medicine.