Venture Capital Journal
Home News and Analysis Firms & Funds What’s in a Name? More Than You Might Guess
Return to search
News Briefs 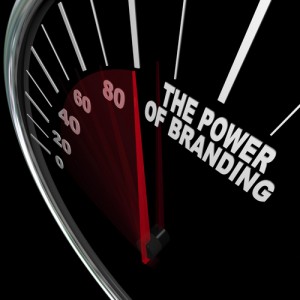 As institutional investors – and entrepreneurs — focus their sights on an ever-shrinking group of venture capital firms, VCs are coming up with increasingly provocative names to stand out. In some cases, their brands could have an impact on their success, too.

According to David Placek, the founder of Lexicon, a Sausalito, Calif., firm that invents product names and counts Pentium, PowerBook, Swiffer, and BlackBerry among its highest-profile achievements, there’s more to a venture firm’s name than you might think.

While a “bad name” won’t “ruin a good product or good venture firm,” it “will make it less efficient to build the business and develop the brand if there are [undesirable] connotations of the word,” he says.

“Are [the partners] giving people wings?” Placek asks. “If I walked into their offices and saw beautiful pictures of aerodynamics and planes taking off – if they follow through with the right messaging – it could work.” On the negative side, adds Placek, “it calls to mind ‘winging it’ and ‘featherweights’ and things like that.”

Some other relatively new fund names also wouldn’t pass muster at Lexicon, which has come up with names for several venture firms, including Redpoint Ventures (named after a rock-climbing term meaning to free-climb after having practiced with a rope).

To Placek’s mind, Homebrew, a venture firm recently co-founded by a pair of product managers from Twitter and Google, is “trying too hard to appeal to younger entrepreneurs.” While Placek refrains from calling the name a poor choice, he questions whether its founders, Hunter Walk and Satya Patel, might later wish they’d settled on something that sounds a touch more distinguished.

“When you go to a VC firm, you’re choosing [the investors] in part based on their prestige,” he says. “If you have an offer from, say, Silver Lake, a name that has some clout to it, or Homebrew, the potential is there for the entrepreneur to go with [Silver Lake].”

Upfront Ventures, the L.A.-based firm that was known until recently as GRP Ventures, is also a problematic brand, says Placek. “If they’re saying, ‘We’ll put you upfront and make you our priority,’ that’s one thing. If they’re saying, ‘We’ll always be upfront,’ it’s less believable. When people say ‘Believe me,’ well, there’s a natural tendency not to believe them. Claims are always met with suspicion.”

I asked Placek what he makes of firms that are named after their founders, like Andreessen Horowitz and Kleiner Perkins Caufield & Byers. Assuming the names on the door will eventually retire, how big a problem does it create for those left behind?

Placek acknowledges that Kleiner Perkins – whose founders are long gone — has lost “some of its star power.” But he notes that eponymous brands only backfire if the “philosophy that the founding partners subscribed to” changes.

In the case of Kleiner, going later-stage as well as backing nontraditional areas such as clean tech have hurt the brand. In contrast, ad agencies like Ogilvy & Mather and J. Walter Thomson that have long outlived their namesakes have strong brand equity because “people [know] the firms’ principles and how the firms operate,” says Placek.