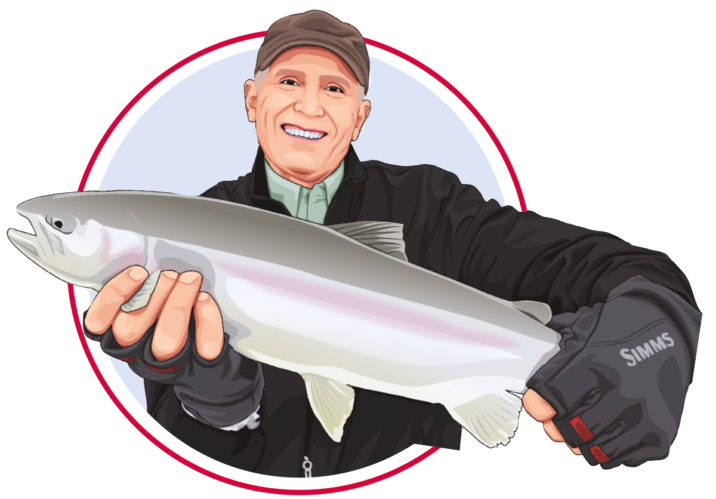 So many venture capitalists refuse to retire that it has become a cliché.

Why not take a step back and enjoy the fruits of your labor? That is what Bob Kagle has done since transitioning out of Benchmark Capital nine years ago.

“There are lots of things I’m interested in making more time for that I haven’t had time for,” the firm co- founder told Venture Capital Journal in 2011. Since then, he opted not to be a GP in Benchmark’s seventh fund and wound down board commitments to several companies.

After VCJ checked in with him recently, Kagle, 64, responded with an email full of photos showing him smiling from ear to ear. There are shots of him and his wife, Marissa, boating in his home state of Michigan, posing at the Kentucky Derby and standing in the snow in front of a helicopter in Iceland. They may be smiling biggest in a photo of them holding the NBA Championship Trophy won by the Golden State Warriors in 2017. Kagle and his wife are minority owners of the team.

“[We] have been rabid fans during this incredible run!” he says. “So much fun and a true study in teamwork and leadership.”

When they aren’t at Warriors games, Bob and Marissa are world travelers, having visited Montenegro and Tasmania and planning a trip to Georgia. Kagle says hehas also been playing “plenty of golf and fishing in New Zealand, Argentina and Scotland.” The former VC hasn’t been able to give up investing entirely. He has made personal investments in Icon Aircraft, which makes two-seater Light Sport Aircraft for recreational flyers, and Tamara Mellon, a luxury shoemaker.

Mostly, Kagle is happy to just take it easy and spend time with his wife and family, especially his “glorious and spunky granddaughter, Lucy.”

Kagle remains bullish about his old firm. “I’m very proud of the new team at Benchmark and all they have done and are doing to keep the fire burning there – helping worthy entrepreneurs build great companies and leave the world a better place! I’m just very grateful for all of the support over my career and to have been involved myself in that amazing endeavor.”