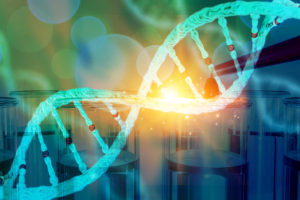 Consumer genomics was supposed to revolutionize modern medicine as we know it. The glass slipper and abracadabra of healthcare, democratized access to DNA testing was the closest promise to revealing each individual’s hard-wired biological fate.

The pitch to consumers went something like this: spit in a tube, and, weeks later, receive in your mailbox your individual disease risks and trajectory, your strengths and weaknesses in the gym, your nutritional preferences, and the foresight to reshape your health destiny. The pitch to venture investors was even more enticing: by solving these issues, small, data-rich startups could quickly become valuable behemoths in the $3.5 trillion healthcare market.

Yet from where I sit as a clinician a decade after the revolution was supposed to begin, the promise of personalized genomics remains far off on the horizon.

Despite excitement and capital from Silicon Valley and Wall Street, along with funding from the Obama White House’s Precision Medicine Initiative, gains made in the lab have yet to make their way into consumer products or services. And the result is a string of recent headlines all suggesting that anyone trying to market greater genomic understanding as a way to better health have their work cut out for them.

Consider unicorn Human Longevity, a company launched by Craig Venter, the biotechnologist who first mapped the human genome. Once valued at more than $2.2 billion for its quest to apply individual genomic data to our understanding of human health, the company saw an 80 percent drop in its valuation last November and has since cycled through a series of CEOs.

The list of casualties includes Arivale and Helix, each one a slightly different shade of a personalized technology, targeted at the consumer, with the vision to revolutionize healthcare.

Yet while no single company has managed to achieve the level of revolutionary success the media predicted, investors shouldn’t totally be turned off from the industry because progress is still quietly being made.

In the past decade, our growing understanding of individuals’ unique microbiome has allowed us to deploy probiotics to modulate the gut microbiota. And basic genomic technology is now arriving on middle America’s doorstep, in the form of affordably priced, direct-to-consumer test kits, such as those from Ancestry DNA and 23andMe.

But the information gleaned by mailing plastic tubes of saliva off for distant analysis has not made its way to the nation’s medical practices. Consumers may have their genetic profiles in hand, but they are not walking into doctors’ offices and getting a holistic assessment of their health, or a roadmap to restored well-being.

In fact, if they brought those profiles into their family physician, the doctor would likely not be equipped to comment on it.

There are a few of us practicing the clinical art of connecting the dots, translating genomics, metabolomics, and phenotypic data into actionable guidance. It is a high-touch, high-cost endeavor, currently available only to the wealthy. So while I want to root on the companies pushing the envelope and daring to democratize access, another part of me is worried about the negative effects of this endless hype cycle.

Precision medicine is a nascent field. Most physicians don’t fully appreciate what precision medicine means, beyond genomics. Instead, they’ve watched as companies have misrepresented the extent to which genomics can tell a patient’s complete story, without any guidance as to implementing the tools in practice.

So we are bombarded with commercials depicting happy consumers discovering their Irish roots. Beyond that, we aren’t getting a message about what to do with that information. Or how understanding our genetic blueprint could provide guidance for something more life-changing than vacations to the ancestral homeland.

Providing interpretation and advice from genetic information, and even data from everything from a patient’s microbiome to their Fitbit, is the key to unlocking the promise of personalized genomics.

There are about as many theories about why this promise remains unfulfilled as there are potential genetic mutations. First, there are whole parts of the genome that remain mysterious in terms of their effect on human health. And then there’s a basic truism in hard science: the more you learn, the more questions you’ll have. Even somewhat settled genomic arguments often carry with them the whiff of ambiguity, like the often-fraught question of “what next” after a patient is diagnosed with a BRCA mutation.

The reality is that our genetic makeup doesn’t have the final say in our health. Our genes may be the foundation, but rising from it are factors such as the air we breathe, stress in our lives, what we eat, how we sleep, and whether we exercise. Genes are not hard coded; they can switch on and off based on environmental factors. What we know now, but didn’t understand two decades ago, is that two people could have similar genetic makeup but not necessarily get sick, or stay healthy, in the same way. As an identical twin, I’ve seen this phenomenon play out first-hand. And that is where things get complicated, and where medicine and science must work together to demonstrate research-based outcomes that can be applied to patients and consumers.

Human beings tend to demand a single, sweeping cure-all. Personalized genomics is not that. It is nuanced and complex. But the field remains exciting. It is revolutionizing work done in medicine, and its role in the field will only grow, thanks in part to studies like the one currently underway at the National Institutes of Health, which is the country’s largest longitudinal look at genomic outcomes.

But even as big data is collected, there is a huge opportunity in looking deeply into the health profile of each individual over time. Not every doctor is equipped to read all this data, but we need to get there.

That information will grow exponentially in coming years. The question, and promise, lies in what we’ll do with it.