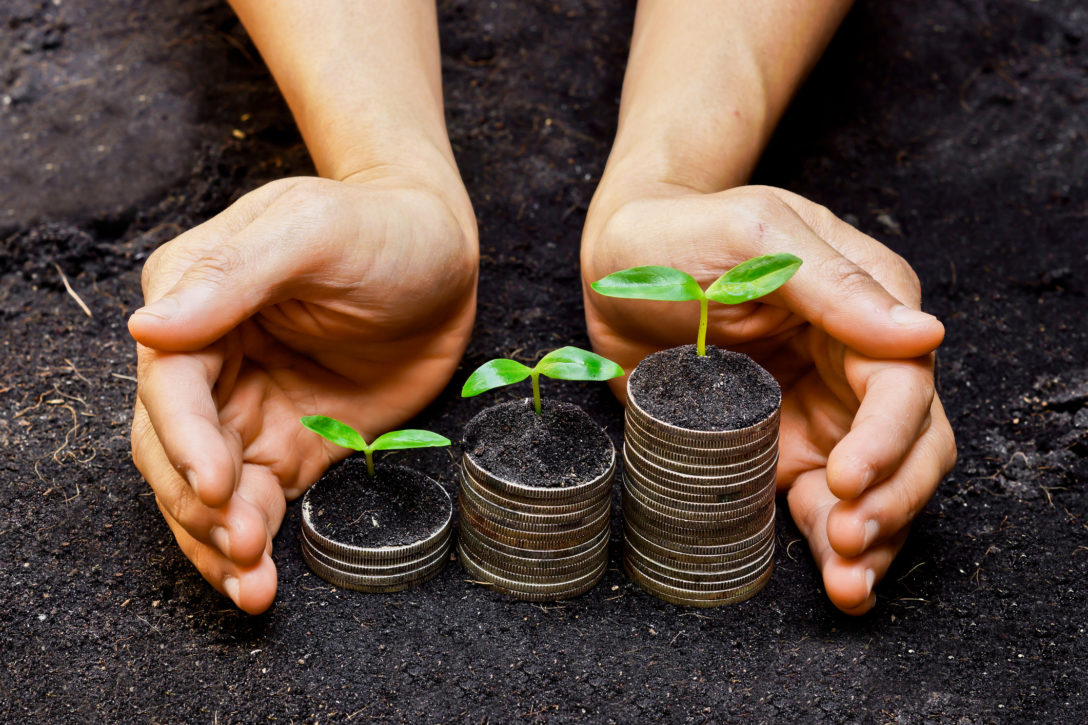 It may seem counterintuitive in an era fraught with coronavirus risk, but venture debt financing to traditionally risky start-ups has been resilient in recent months.

“Fundraising is accelerating and there has been a lot of late-stage venture capital activity,” said Christopher York, a business development company analyst at JMP Securities.

Fundraising is on pace to hit a record this year, York says. “In the context of where we were in April, it really is kind of dumbfounding.”

That’s because venture lenders focus on two sectors that are not just surviving, but actually thriving during the pandemic. Portfolio companies engaged in technology and life sciences are generally achieving better EBITDA or revenue growth than the businesses in other sectors. York says this puts the business development companies that are providing them with venture lending in a better position than the mid-market BDCs that focus more on traditional acquisition financing.

According to York, secular growth in tech and life sciences has accelerated so much in the past four months that some management consultancies, as well as the equity markets, seem to expect that the final nine months of 2020 will see a level of growth that would previously have been anticipated over four to five years.

Kyle Stanford, a venture capital analyst at data firm PitchBook, says the economic uncertainty surrounding the pandemic has heightened the focus on venture debt because it has created a need for companies to raise unplanned financings. Stanford wrote in a late April report that the decline in start-up valuations amid the crisis could cause a rush of companies trying to borrow at cheaper rates than would likely be available in a down round of equity financing.

“When covid hit, every start-up was asking about venture debt,” says Scott Orn, chief operating officer of Kruze, a financial and tax consultancy. Investors also responded. York says he fielded numerous calls in March and April from new institutional investors who recognized that “venture lending BDCs were mistakenly getting thrown out with the bath water.”

But many of the lenders have since recovered. TriplePoint Capital, a leading Silicon Valley venture BDC whose stock plunged to $2.90 in mid-March, was trading at more than $11 in early August.

Venture debt – which includes asset-based loans, convertible notes, secured term loans and revenue-based loans to investor- or sponsor-backed start-ups or rapidly growing companies – was on the upswing even before the pandemic. PitchBook calculates that since 2014, US venture lending has totaled about $8 billion to $12 billion a year, and accounts for 10 to 15 percent of the total VC capital invested.

But last year, venture debt exploded to $26.2 billion, representing 19 percent of the $136.5 billion total. Debt components may be present in as many as 40 percent of all VC deals, according to PitchBook’s Q4 2019 report.

In the first half of this year, $69.1 billion of venture capital was raised in the US, according to a report by PitchBook and the National Venture Capital Association. The data suggest that as much as $10.4 billion of venture debt deals were done in the period.

Troy Zander, a partner in law firm Barnes & Thornburg, says that in the past five years venture lending has seen “an absolute deluge of new capital sources both from funds and banks,” and especially from non-bank, non-regulated funds. However, Vadim Margulis, a managing partner of private credit investment firm Alignment Credit, says that in the past few quarters, “the great economic uncertainty is giving pause to the equity side of venture fundraising” and to other sources of capital, such as commercial banks. Kruze’s Orn adds that venture debt is “a great capital source that is not super well understood but seems attainable.”

Margulis believes start-ups can avoid valuation problems related to the current uncertainty, as well as dilutive equity rounds, by dealing with venture lenders rather than VCs. Venture debt, he says, gives start-ups some “extra runway until things normalize” and a “bridge to get equity” later, when companies may have better and higher valuations.

This year, the overall trend has been exceedingly strong for late-stage companies. According to the PitchBook-NVCA report, the late-stage VC deal count in the US for H1 2020 was outpacing that for the first half of 2019, a year in which there was a record number of completed late-stage financings in the country.

The big numbers are partly the result of high-profile financings to pre-IPO unicorns. In April, Airbnb raised $1 billion in debt and equity from Silver Lake and Sixth Street Partners. PitchBook’s Stanford says the round was “mostly debt with some warrants outstanding.” In June, food delivery service DoorDash raised $400 million, pushing its valuation up to $16 billion.

Smaller venture debt deals are also booming. Noah Shipman, a partner at Vistara Capital, says the second quarter of 2020 “was the most active period” in the Vancouver-based tech VC’s history, with one fund nearly doubling its portfolio to nine companies. Shipman believes “we’re still at the early part of a trend” for greater use of debt in venture-backed businesses.

“People think tech is risky,” he says. “But we think subscription software within tech is one of the most attractive and resilient business models of any industry.” At the same time, he says “debt has less penetration in tech than in almost any other industry.” He adds that the recent equity-market strength of tech companies demonstrates that in the current remote economy, tech products are “mission-critical” to the core infrastructure of business.

Nevertheless, Shipman cautions that Vistara is lending to companies with a certain scale – usually with $10 million of revenue – and that lending to early-stage companies is still “a very risky endeavor,” with those lenders “taking on equity risk for debt-like returns.” Vistara usually targets mid- or later-stage companies with investments that are routinely structured with 80 percent debt and 20 percent of debt convertible into equity. Shipman is confident Vistara will achieve net returns of more than 10 percent for its LPs. Unlike traditional amortizing venture loans, the firm makes interest-only loans, leading some of its portfolio companies to jokingly refer to the facilities as “rental equity.”

Other venture debt structures vary by industry and investment stage. Most take some form of equity upside, such as warrants, to mitigate risk. PitchBook’s Stanford says that although small companies use revenue-based financing to grow, the fact that many early-stage companies have minimal revenues means their loans are typically backed with assets such as intellectual property.

Given start-ups’ uneven business trajectories, venture debt underwriters generally evaluate a company’s ability to raise another round of capital to ensure the loans will be repaid. Lenders often try to invest alongside some of the big-name VCs. “Lenders love those deals because they know the equity investors are going to stand behind the company,” says Orn. Moreover, lenders that are able to align themselves with bigger VCs, such as Sequoia Capital, may capture turbocharged returns from equity kickers when the companies go public.

PitchBook cites estimates that venture lending loses a mere 2 percent of capital, compared with a 17.4 percent default rate for loans awarded by the US Small Business Administration between 2006 and 2015. Industry observers say the number of defaults during the pandemic has been lower than expected.

But even the standout lenders can get burned. Although Hercules Capital in early August reported multi-million-dollar unrealized gains from its investments in DoorDash, Palantir and Nextdoor.com, it missed its second-quarter earnings targets because it had a $27.6 million writedown on a loan to Patron Technologies, a company providing marketing and software solutions to the events industry, which was significantly affected by covid.