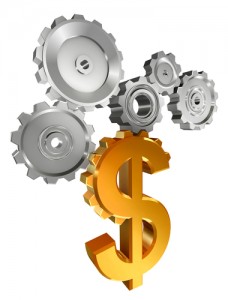 Sequoia Capital, which last year raised a combined $1.1 billion in funds to invest in China and India, ranked as the most active venture investor in 2015, backing 147 companies.

The Menlo Park, Calif.-based firm also invested the most of any venture firm worldwide, as it put more than $1.9 billion to work in the year, according to preliminary data from Thomson Reuters.

In 2014, Sequoia also invested more than any other firm, although it was Kleiner Perkins Caufield & Byers that year which backed the most number of deals.

In 2015, behind Sequoia, New Enterprise Associates ranked as the second most active investor, followed by Accel Partners, Matrix Partners and then Kleiner Perkins to round out the top five.

The Thomson Reuters data is preliminary and may not include all deals from 2015 since some investments are kept undisclosed, but it is still a good indicator of activity.

Intel Capital, for instance, ranks as as the sixth most active VC in 2015, having invested more than $315 million into 82 companies, according to the initial data frmo Thomson Reuters. However, the corporate VC said during its Global Summit in early November that it expects to invest more than $500 million in startups in 2015, about a 40 percent increase from the year before.

Also of note is that Formation 8 Partners ranks as the 40th most active VC in the year, investing nearly $196 million into 35 companies. The firm announced in early November it would not raise its own third fund explaining in a blog post that its partners would go in separate directions.

To download an Excel file: Most active VCs in 2015