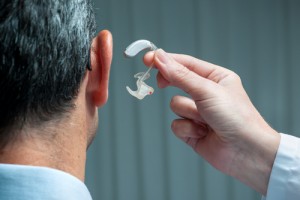 Listen up. This has been an unusually active period for venture-backed developers of treatments for ear ailments and hearing loss.

In the first half of August, two VC-funded companies developing treatments for disorders of the inner ear went public. Otonomy, which is looking to commercialize drugs and drug delivery technology for ailments of the middle and inner ear, launched an IPO and raised $100 million. Auris Medical Holding, a Swiss company with a drug in late stage clinical trials, raised $56 million in its public offering a week earlier.

All three companies have done relatively well in their brief time trading on the public markets, with shares of each above the initial offering price by mid-August. That bodes well for the companies’ venture backers.

Although none of the investors sold shares in the offerings, presumably they will do so if clinical trials prove successful and boost share prices further. Those with the most to gain include Avalon Ventures, which incubated Otonomy and remains its largest backer, along with Sofinnova Ventures, the largest backer in Auris, and U.S. Venture Partners, which backed Intersect in early through later-stage rounds.

While the spurt of offerings may give the impression that ear therapy has been a hot area among VCs, that wasn’t exactly the case, according to Jay Lichter, the partner at Avalon who led the Otonomy investment.

Lichter said the idea for the company sprung from the most organic of sources: A doctor visit for a case of vertigo and tinnitus (ringing in the ears). His visit led to the idea for a gel system that can be injected into the ear and release the prescribed drug at regular intervals.

One iteration of that vision has made it through late-stage clinical trials, and Otonomy plans to seek Food and Drug Administration approval next year to put it on the market. Two other treatments are also in clinical trials.

Newly public companies aren’t the only venture-backed players in the ear space. A VCJ analysis of venture funding rounds found at least five companies developing hearing aids, hearing enhancement devices or drugs for ear disorders that have raised sizeable venture founds in the past year.

The most heavily funded startup in the list, Sonitus Medical in San Mateo, California, has raised $62 million to develop a hearing system that consists of a behind-the-ear microphone unit and a device worn in the mouth. The device uses the principle of bone conduction to transmit sound and restore normal hearing to patients who are deaf in one ear.