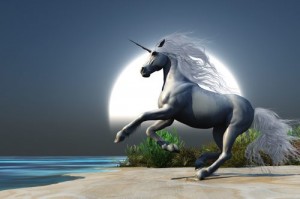 The United States continues to have the largest share of the world’s unicorns, or startups with valuations in excess of US$1 billion, according to a report released by the USC Marshall Center for Global Innovation. The report found the United States accounted for nearly two-thirds (65 percent) of all unicorns worldwide during the past two years. Silicon Valley led regional centres with a 39 percent share. Among nations, China ranked second to the United States with a 14 percent share, followed by India (4 percent) and the United Kingdom (3 percent). Canada kept company with three other countries in accounting for 2 percent of all unicorns.

Once so rare they were dubbed “Unicorns,” the number of startup companies with $1 billion valuations have more than tripled in the past two years, according to the “2016 Unicorn Index by Nation: Startups Valued at $1 Billion or More.” Two-thirds of these are headquartered in the U.S.

LOS ANGELES–(BUSINESS WIRE)–The U.S. continues to be a global magnet for innovative startup companies as measured by the number with valuations in excess of $1 billion and by the total valuation during the past two years, according to a new study released today by the USC Marshall Center for Global Innovation.

Between January 2014 and the end of 2015, the U.S. minted nearly two-thirds (65%) of the world’s “Unicorns” – defined as ground-breaking startup companies that achieve a financial valuation of $1 billion or more in any month of the two-year period – according to the “2016 Unicorn Index by Nation: Startups Valued at $1 Billion or More.” That was almost five times as many as second-ranked China (14%). Rounding out the list of countries with the highest percentage of Unicorns were India (4%), United Kingdom (3%), Singapore, Sweden, Germany and Canada (all with 2%), South Korea (1.5%), and Russia and Czech Republic (with 1%). The U.S. also captured a 63 percent share of total global Unicorn valuation, followed by China (22%), India (5%), Sweden (2%), Germany (1.5%), and Singapore and United Kingdom (about 1%).

The results provide evidence that the U.S. “has not lost its startup mojo,” and that smaller or emerging countries and regions may be benefitting by making it easier for new businesses to incubate and begin the journey toward a $1 billion valuation, said Gerard J. Tellis, PhD and director of the Center for Global Innovation at the USC Marshall School of Business, who developed the index.

“These results may help quiet those who have – perhaps prematurely – bemoaned the decline of the U.S. as a technology innovator and economic power,” Tellis said. “The presence of Unicorns in a country or region signals the creation of new wealth, represents the embodiment of radical innovation, and reminds us that true innovators have the potential to become disruptive market changers, as we’ve seen in the past with startups like Amazon, Apple, Facebook, Google and Uber.”

On a regional basis, Silicon Valley accounted for 39 percent of Unicorns, followed by New York (9%), Beijing (6%), Los Angeles (5%), Boston (4%) and Shanghai (3%). London, Singapore, Stockholm, Provo (UT), Berlin, Hangzhou and New Delhi each had 2 percent shares, while Seoul had 1.5 percent and Shenzhen/Hong Kong, Mumbai, Guangzhou, Chicago, Jacksonville (FL), Bangalore, Moscow and Prague each had about a 1 percent share of the Unicorn population.

Silicon Valley again accounted for the highest percentage regional share of Unicorn valuation (45%), followed by Beijing (15%), Los Angeles (8%), New York (5%), Bangalore and Shanghai (both 3%), and Stockholm, Boston, Shenzhen/Hong Kong and Berlin (all 2%). Singapore, London, Jacksonville and New Delhi each accounted for a 1 percent share of the total Unicorn valuation.

Notably absent from the rankings were Japan and Italy, regions such as Tokyo and Rome, and – in the U.S. – Austin, TX.

“What policy-makers should ponder is why Beijing and Bangalore rank high, but Tokyo and Rome do not,” said Tellis. “Factors such as ease of starting a business or starting a competing enterprise, how welcoming a country or region is to new immigrants, and other economic and cultural variables may well play an important role in driving the establishment of new Unicorns.”

Companies were included in the study results if they exceeded a value of $1 billion during any month between January 2014 and the end of 2015 according to source data primarily from The Wall Street Journal and CB Insights, a private venture capital data base. Valuations were not limited to high technology companies. Country and regional rankings were calculated based on shares in terms of numbers and valuations of each Unicorn.

The Center for Global Innovation conducts research based on hard market data and is continuing to research factors behind trends in the Unicorn rankings. It is anticipated that the report will be updated on a regular basis and that academic research will be available for publication after 2017.

About the USC Marshall School of Business

Consistently ranked among the nation’s premier schools, USC Marshall is internationally recognized for its emphasis on entrepreneurship and innovation, social responsibility and path-breaking research. Located in the heart of Los Angeles, one of the world’s leading business centers and the U.S. gateway to the Pacific Rim, Marshall offers its 5,700-plus undergraduate and graduate students a unique world view and impressive global experiential opportunities. With an alumni community spanning 123 countries, USC Marshall students join a worldwide community of thought leaders who are redefining the way business works.