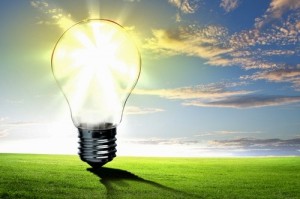 Canada will invest in green technology projects and introduce tax breaks to boost energy efficiency, Finance Minister Bill Morneau said on Tuesday, but the initiative appeared to be less ambitious than some companies had hoped for.

The Liberals of Prime Minister Justin Trudeau took power last November promising to combat global warming by cutting emissions of greenhouse gases and providing money for advanced research to help the transition to a low-carbon economy.

“Some believe we must choose between a strong economy and a clean environment. They are simply wrong,” Morneau told the House of Commons as he presented his first budget since the Liberals took power last November.

Ottawa will invest more than $1 billion (US$766 million) over four years to support clean technology in the forestry, fisheries, mining, energy and agriculture sectors, he said, adding that more precise details would be released later this year.

“We were hoping for some significant support for innovation and for new technologies and that has not materialized in the budget we have seen so far,” said Phil Ross, a partner at tax firm Grant Thornton.

Canadian companies working on energy-efficient innovations said before the budget they were looking for tax breaks and other incentives, including loan guarantees to support proven technologies.

“I believe that they’re going to be very disappointed with it,” Ross added.

The budget – which made no mention of loan guarantees – include tax breaks such as accelerated capital cost allowance rates for electric vehicle charging and electrical energy storage.

Ottawa will also provide $62.5 million over two years to support the deployment of alternative fuels. This includes charging stations for electric vehicles.

“The renewed commitment to low carbon economies is a great signal,” said Darryl Wolanski, co-founder and head of business development at Inventys, a carbon capture and storage company.

“It’s critical though that these funding promises transfer directly to the hands of the technology companies to develop and deploy clean technologies,” he said.

This includes an extra $50 million over four years for Sustainable Development Technology Canada, a government-funded foundation that backs green technology companies. Some industry players had wanted to see a much higher contribution.

By David Ljunggren and Alastair Sharp