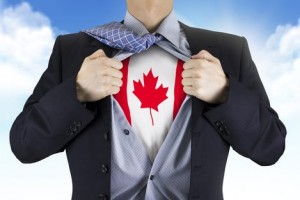 Canadian private equity investments overseas surged to record levels in 2015 on the back of some major buyouts by Canadian pension funds across a wide range of sectors, according to data released on Monday.

The Thomson Reuters data showed that Canadian private equity investments abroad jumped to $159.2 billion (US$114 billion) in 2015, more than the combined value of all such deals struck by Canadian PE firms in the five years prior.

“Part of the challenge for a Canadian-based private equity platform is that there just aren’t a lot of opportunities in Canada,” said Dougal Macdonald, the head of Morgan Stanley in Canada. “With the sheer size of some of these funds, whether it’s CPPIB, Teachers or Onex, you really have to look outside Canada for opportunities. We expect this trend to continue.”

The top 10 outbound PE buyouts accounted for just over $100 billion in deal value, and Canada’s largest pension fund manager, CPPIB, or the Canada Pension Plan Investment Board, was involved in six of those deals in 2015.

Private equity buyouts of Canadian companies fell from 2014 levels, but 2015 represented the second best year for PE buyouts in the Canadian market since 2007.

While there are fewer buyout opportunities in Canada, the one area that is ripe for picking this year is the energy sector, Macdonald said.

“Our expectation is that there will be more activity, some of which will be opportunistic acquisitions of public companies given the environment and some will be driven by rationalization of portfolios, which will drive assets sales.”

The data also showed venture capital investment in Canadian companies grew at a strong pace in 2015. Firms invested $2.64 billion in the space last year, up 11 percent from 2014 levels.

And over 20 Canadian companies attracted funding rounds of more than $25 million.

Lately however, there are concerns building about valuations in some pockets in the startup space, cautions John Ruffolo, head of OMERS Ventures, the VC arm of the OMERS pension fund.

“You’re getting lots of pundits who think that 2016 might actually see a slowdown of venture financing. Certainly the hot companies, may be unaffected, but a lot of the others might see a far more difficult year,” said Ruffolo, adding that he still likes the prospects of those in the healthcare and artificial intelligence space.

By Euan Rocha and Matt Scuffham

(This story has been edited by Kirk Falconer, editor of PE Hub Canada)