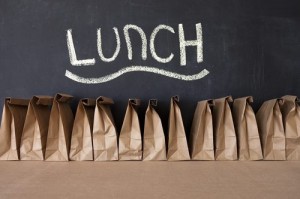 Vancouver-based food concierge service Foodee has received $6 million in a Series A financing, bringing its total fundraising so far to $10.5 million. The latest round was led by Canadian venture capital firm BDC Capital. The company’s other investors include Yaletown Venture Partners, Voyager Capital and Structure Capital. Foodee delivers lunches from local restaurants to the boardrooms of corporations. Founded in 2011, it reports having established over 2,600 customers and 90 restaurant partnerships in several North American cities in the past three years. Foodee plans to use the proceeds of its Series A round to fuel further expansion into markets in the United States.

VANCOUVER, BC–(Marketwired – February 03, 2016) – Foodee, a food concierge service that delivers lunches from local restaurants to company boardrooms, today announced it has closed $6 million CAD in a Series A funding, led by BDC Capital, to fuel its ongoing expansion into US markets. To date, Foodee has raised $10.5 million from key Canadian and US investors including Yaletown Venture Partners, Voyager Capital, and Structure Capital.

Going after the 10 billion dollar corporate catering market, Foodee has capitalized on an unmet need within the food delivery space. Since launching in Vancouver three years ago it has grown rapidly, establishing over 2,600 customers, 90 restaurant partnerships, and successfully expanding to Toronto, Austin, Denver, and Philadelphia. 2016 Q1 launches are planned for Atlanta and Minneapolis with three more US launches expected in Q2.

“Building on our success in Toronto, Vancouver, and our three pilot cities in the US, we are excited to continue our expansion plans to get quality food into boardrooms across North America, ” said Ryan Spong, CEO of Foodee. “On-demand food delivery may be a crowded space, but we’ve seen success through our focus on feeding corporate teams while encouraging the professional development that happens during lunchtime meetings.”

Foodee has set itself apart from other consumer-focused services like Postmates, Caviar and DoorDash, by catering specifically to corporate centres with a vibrant local restaurant culture. Through Foodee’s platform, group lunch orders can be placed in advance of meetings, ensuring restaurant partners have ample time to prepare orders, and that food is delivered on time.

“We’re proud to be giving employees at companies across North America access to their menu items from their favorite local restaurants,” said Wayne Webb, Foodee’s Director of Operations. “In the upcoming months, we look forward to building new relationships with more companies and restaurateurs.”

For more information about Foodee, or to order your next business lunch please visit www.food.ee.

About Foodee
Foodee has made its mission to solve the biggest problems facing the corporate lunch hour: a lack of variety, meals that arrive too early or too late, and excessive package waste. Paying close attention to its impact on the environment, Foodee uses biodegradable packaging, low emission delivery methods and has partnered with in-office composting programs to lower the carbon “foodprint” around the corporate lunch. Foodee has satisfied lunchtime cravings with 500,000+ meals served in North America at organizations such as Facebook, Hootsuite, Goldcorp, Ernst and Young, Microsoft, Mozilla and more.