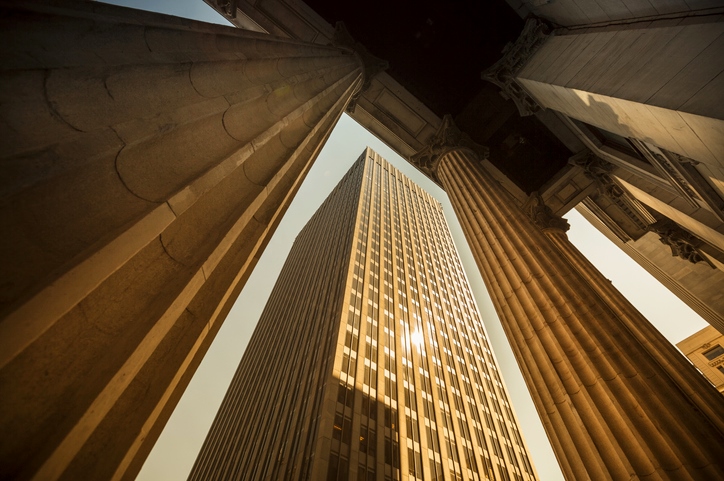 But as the economy slows down and many companies see their revenue and share prices drop, businesses are likely to pull back from investing in start-ups.

“For corporations, venture capital is not a necessity, they can delay investments until the market stabilizes,” said Anis Uzzaman General Partner and CEO of Pegasus Tech Ventures. Uzzaman’s firm manages dedicated corporate venture capital funds on behalf of more than 30 corporations, including the gaming company SEGA and computer maker ASUS.

One of the goals of most CVCs is to learn about new technologies and innovations in their industries and that is an easy thing to put on hold or do more conservatively when the core business is not doing as well as it used to, Uzzaman explained.

Corporations have become an important source of capital for start-ups. In 2019, US companies received $135.5 billion in venture funding, $57 billion of that deal activity had participation from at least one CVC, according to PitchBook. 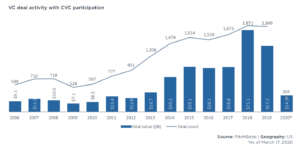 But the corporate portion of venture capital activity is expected to drop amid the covid-19 outbreak. A recent analysis by CB Insights estimates that CVC’s investment activity has decreased 17 percent during the first quarter of 2020, while total global VC activity receded only 2 percent in Q1 2019.

It is not difficult to understand why corporates will pull back their investing more than traditional venture firms. CVCs are directly tied to the corporate balance sheet, while VC firms have committed capital from LPs to draw upon.

But VCs that spun out from corporations and are now independent, but still rely on their original parent for capital, such as Sapphire Ventures, will be less impacted than their more traditional CVC counterparts, Uzzaman said.

Uzzaman said that companies are going to be more conservative with their venture investments. “CVCs will lead fewer rounds during the downturn and will be making fewer decisions without participation from traditional venture capital firms,” he said.

While Pegasus Tech Ventures has about $1.5 billion in assets and has many opportunities to “mix and match” investments across corporate funds, the firm’s investment decisions will depend on how the parent corporation is performing, Uzzaman said.