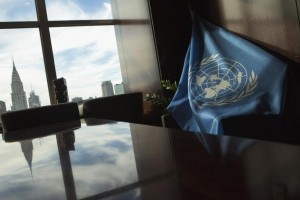 The advisory business has been a tough place to grow over the last few years as the institutional do-it-yourself movement gained momentum. But via a prescient bet on separate accounts before they became all the rage, and recent acquisitions, StepStone Group LP has a big head of steam.

The latest evidence for this surge: the firm’s hiring of Michael Elio, 45, as a partner in its New York office. Elio, who has several years experience advising institutional investors with $10 billion+ alternative investment portfolios, spent the last 18 months as managing director at the Institutional Limited Partners Association (ILPA) in charge of research, standards and industry affairs.

While at ILPA Elio led the effort to develop a standardized due diligence questionnaire and a performance benchmark in partnership with Cambridge Associates. Before that Elio worked as a partner and managing director at LP Capital Advisors, serving as lead consultant to North American and European institutional investors.

Elio, who will work on both portfolio construction and management for clients, becomes the seventeenth partner at the firm, which since its launch in late 2006 has grown to some 120 professionals working in five offices in San Diego, New York, London, Hong Kong and Beijing. Altogether the firm advises on more than $60 billion in private equity allocations on behalf of some 33 clients, and has discretion on over $10 billion through a mix of separate accounts and highly-targeted commingled funds.

To give some idea how quickly the firm has grown, consider the listing for StepStone Group in the 2009 edition of the Dow Jones Directory of Alternative Investment Programs. That listing put the firm’s headcount at 25, its total assets advised on at about $10 billion, and its discretionary assets at about $1 billion.

Within the last few months StepStone Group has added the United Nations Joint Staff Pension Fund to its client list, joining, among others, Arizona Public Safety Personnel Retirement, HESTA Super Fund, Kuwait Investment Authority,  New York State Teachers’ Retirement System and State of Wisconsin Investment Board, according to a source close to the firm. On their behalf, counting both non-discretionary and discretionary work, the firm recommended about $7 billion in fund commitments, secondary deals and co-investments last year—roughly 70 percent to buyouts, 20 percent to growth equity or minority deals and 5 percent to venture capital. The firm is particularly interested in small U.S. buyout funds pursuing niche strategies, energy funds, small and mid-market buyout funds in Europe, and Asia funds, our source said.

What the firm calls “seasoned primaries” are also of interest. These are opportunities in which StepStone Group can get an early look at a budding portfolio—a clutch of Angel-backed venture deals, say—before stepping in to offer additional capital.

Our source attributed StepStone Group’s recent growth in part to its depth of research and analysis, which seems to have been the deciding factor for many of its clients. The firm has also benefited from an early focus on separate-account services. Such programs—customized portfolios built for a single limited partner—have grown more popular with investors as a way to avoid the high fees of funds of funds while also giving them more control over portfolio make-up. Meantime the firm has expanded its product portfolio through a combination of organic growth and acquisitions. Among recent highlights:

* In January the firm announced the hiring of three senior executives, David Altshuler, Brenden Woods and Kate Budiselik, to build its real assets advisory business, including infrastructure. The firm, which plans to hire a fourth executive in Europe for the team, is pursuing the area through a combination of fund commitments, secondary deals and co-investments.

* Early last year the firm closed its latest secondary fund, StepStone Secondary Opportunities Fund II LP, at $450 million, ahead of its $350 million target. At the time it noted it had another $200 million earmarked for the asset class from its separate-account clients. Since 2010 the firm has acquired two secondary fund managers—SilverBrook Private Equity (2010) and Greenpark Capital(2013).

* In late 2011 StepStone Group announced the acquisition of Parish Capital Advisors, a Chapel Hill, North Carolina-based manager of funds of funds with about $2 billion in assets under management. The firm had made a specialty of backing small, highly-focused private equity funds, including ones managed by Linden LLC and Roark Capital Group, according to the Dow Jones directory.

* In late 2010 the firm took over management of a collection of funds of funds, co-investments, feeder funds and mezzanine funds from Citigroup.