One of the appeals of working for a VC-backed start-up is the chance to participate in the company’s financial upside through common stock (usually in a form of restricted stock units) or stock options.

In the wake of the covid-19 downturn, laid-off employees generally get to keep their vested RSUs after they leave the company, but the issue with stock options is that they must be exercised within 90 days after employment terminates.

Buying out options can be expensive, especially since it is subject to capital gains tax. That makes it more prohibitive to employees recently laid off.

This is where ESO Fund comes in.

The San Mateo, California-based venture firm agrees to provide employees cash for covering the stock options and associated taxes, in return for an agreement that a specified number of the employee’s stock options will be delivered to ESO if the company has an exit.

“Many people don’t have the cash or don’t feel comfortable writing such a big check. It could be more than an annual salary,” says ESO Fund co-founder Scott Chou.

Chou says that in most deals the firm negotiates to take less than 50 percent of employee’s stock options. He noted that those who have been laid-off from promising start-ups amid the coronavirus crisis have been drawn to this arrangement.

Unlike in a secondary market sale, employees continue to own the stock but are required to repay ESO Fund principal and interest once the underlying company is sold or goes public.

“We hit an all-time deal high in April and will hit another high in May,” Chou tells Venture Capital Journal.

When the firm was founded in 2012, most of its LPs were high-net-worth individuals, but now the largest portion of the firm’s capital comes from institutional investors, including insurance companies, Chou says.

There are many reasons why LPs find the firm’s model appealing. ESO Fund gives LPs access to companies backed by top, hard-to-access VC firms, according to Chou.

“Traditional VCs have bigger returns, but our returns are more consistent. Before the coronavirus hit, we had a liquidity event on a weekly basis,” Chou says.

Chou says that his firm makes money on about two-thirds of its deals.

Over the years, the firm realized returns on dozens of exits, including Twitter, Lending Club, AppDynamics, Pinterest and Slack.

This allowed ESO Fund to rank in the top quartile for distributed to paid-in (DPI) multiple according to Cambridge Associates benchmarks even when compared to traditional venture funds, Chou says.

Chou was previously a general partner with Gabriel Venture Partners, where he focused on traditional venture capital deals. The firm’s other co-founders are Jimmy Lackie and Stephen Roberts, who are also currently managing VC and private equity investments with River Street Management in Memphis, Tennessee.

ESO Fund is currently investing out of its third $100 million fund, which closed in early 2018.

The firm’s fourth fund is expected to have a first $100 million close next month, Chou says, adding that the fund target is $100 million but fund documents allow it to go up to $150 million.

“Word of mouth referral is our dominant source of deal flow. We have transacted over 1,100 times over the years,” Chou says. “We also have an extensive Google presence by providing information on stock options and taxes. For example, if you type ‘how can I reduce my stock options taxes,’ we will show up as the first link in Google.”

As for who ESO Fund counts as its competition, Chou points to two firms, 137 Ventures in San Francisco and Troy Capital Partners in Los Angeles, which offer similar arrangements in helping provide liquidity solutions to employees.

“Many other entities which advertise this are brokers who set up deals for funds or people who want to do deals like ours now and then,” Chou says.

Chou is moderately optimistic about the firm’s prospects in the current economic environment. “We will go sideways for a while, but eventually there will be exits,” he says.

“One thing that makes us more recession-proof is diversification,” Chou says.

Each of the firm’s funds has rights to stock options in about 200 companies and the likelihood that some of those companies have an exit during the downturn is higher than for a traditional VC fund that has only 30 companies, according to Chou.

But he admits that some companies will fail.

“We now have conversations daily with prospective clients about whether their companies have a shot at an exit,” Chou says.

“This is something we also spend a lot of time debating internally. For example, some of us think JUUL is still a multi-billion dollar company if it can get out of the limelight. While others think that coronavirus lung health concerns will make it go to zero,” Chou says about their decisions to conduct deals with Juul ex-employees before covid-19 and after the pandemic erupted.

ESO Fund, however, is comfortable taking chances on some companies impacted by the coronavirus crisis, such as AirBnB.

“My main objective is to provide cash so an employee can go long on their former employer,” Chou says. 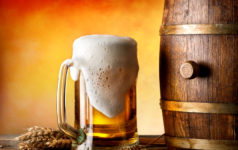 News Briefs 38 mins ago
Added to your Saved Articles
Loading
Unsave Article
Please confirm you would like to remove this article from your saved articles.
Share with other subscribers
Only logged in subscribers of this site will be able to access the shared article.