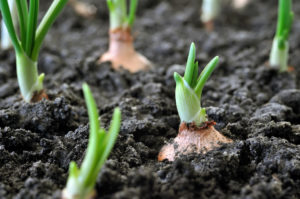 In mid-October, the EU agreed on its position on the post-2020 common agricultural policy, the bloc’s multi-billion-euro agricultural subsidization program that will run between 2021 and 2027.

The ‘general approach’ agreed on for the €324.2 billion package is in line with and complements the EU’s European Green Deal, which targets a carbon neutral continent by 2050, and the farm-to-fork strategy, which contains such goals as converting 25 percent of all EU farmland to organic by 2030 and 50 percent reductions in chemical and hazardous pesticide use over the same period.

Farming businesses hoping to receive CAP subsidies must demonstrate how they have adopted “practices beneficial for the climate and environment,” while 20 percent of the CAP budget is reserved for those going above and beyond by pursuing “eco-schemes,” such as “precision farming, agroforestry and organic farming.”

“The world of food production and agriculture is woefully under-invested when it comes to venture and R&D as a percentage of GDP. As an industry, we haven’t had technology disruption like other industries have had but it’s coming fast now,” Cooper added.

The carrot-and-stick approach proved to be very successful for the EU during the past decade, with the €21 billion European Fund for Strategic Investments guarantee program – also known as the Juncker plan – surpassing its goal of catalyzing €315 billion in private investments across the bloc’s economy.

Early evidence suggests the EU stands a chance of repeating the trick as it seeks to achieve its agricultural sustainability targets, for which private investment will be necessary.

Food- and ag-focused impact investor Astanor Venture’s co-founder Eric Archambeau credited the fundraising environment created by the years-long discussions that preceded the targets that have now been agreed on with helping the firm raise $325 million for its debut fund.

A collection of Western European sovereign wealth funds, a mixture of large family offices and a university endowment made up the vast majority of the Brussels-based firm’s backers.

“What we propose is definitely in line and in sync with what the EU is looking at achieving from a systemic point of view,” Archambeau said. “When I first talked to them [sovereign wealth funds] a year-and-a-half ago, it was: ‘Oh, wow, interesting, but we don’t necessarily have a budget for that.’ These budgets were really created at the end of 2019, early 2020.”

With European LPs also a fundraising target for ag investments in Asia, which will invariably include environmental, social and governance-conscious opportunities, there are growing signs that forward-thinking pools of capital are taking shape on the continent.